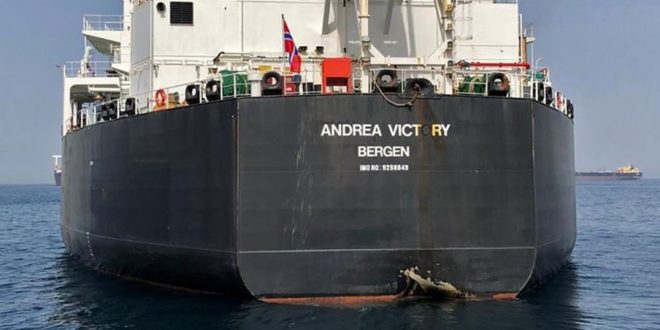 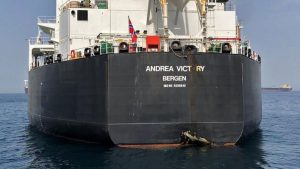 MELBOURNE/ DUBAI: US National Security Adviser John Bolton has said “naval mines almost certainly from Iran” were to blame for the damage to oil tankers in the Gulf of Oman earlier this month.

Mr Bolton provided no evidence to support the allegation, which Iran said was “laughable”.

The attacks off the eastern coast of the United Arab Emirates on 12 May left holes in the hulls of four ships.

The incident came amid an escalation in tensions between Iran and the US.

Last Friday, US Vice Admiral Michael Gilday said he believed “with a high degree of confidence that this [attack] stems back to the leadership of Iran at the highest levels”.

Mr Bolton, a long-standing advocate for regime change in Iran, echoed the admiral’s words during a visit to the UAE on Wednesday, telling reporters it was “clear that Iran is behind” the attack. 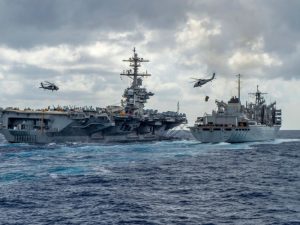 “There’s no doubt in anybody’s mind in Washington who’s responsible for this,” he said. “Who else would you think is doing it? Someone from Nepal?”

“Iran’s strategic patience, vigilance and defensive prowess will defuse mischievous plots made by Bolton and other warmongers.”

In another development, Iran’s Supreme Leader Ayatollah Ali Khamenei has said Iran will not negotiate any new deals with the US over its nuclear and missile programmes, calling negotiations “useless”.

Few details have been released, but it took place at about 06:00 (02:00 GMT) on Sunday, 12 May, within UAE territorial waters east of the emirate of Fujairah, just outside the Strait of Hormuz.

The UAE authorities said four ships were targeted in a “sabotage attack”.

There were no casualties but Saudi Arabia said two of its ships had suffered “significant damage”.

On paper, little. No US-flagged ship was attacked, and no evidence has been provided that Iran was involved.

But the US sees the attack as part of a wider “campaign” against it and its allies approved by Iranian leaders. 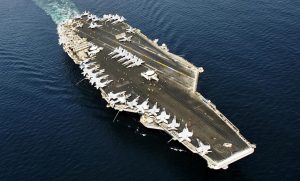 Mr Bolton said Iran-backed forces also carried out drone strikes on two oil pumping stations in Saudi Arabia on 14 May and fired a rocket into an area of the Iraqi capital Baghdad that houses the US embassy on 19 May.

He also revealed that there had been “an unsuccessful attack on the Saudi port of Yanbu a couple of days before the attack on tankers”.

Iran has denied it was involved in the attacks in Saudi Arabia and Iraq.

The tensions began rising at the start of May, when Washington ended exemptions from sanctions for countries still buying from Iran. The decision was intended to bring Iran’s oil exports to zero, denying the government its main source of revenue.

Mr Trump reinstated the sanctions a year ago after abandoning the landmark 2015 nuclear deal that Iran signed with six nations – the five permanent members of the UN Security Council and Germany.

Iran has now announced it will suspend several commitments under the deal.