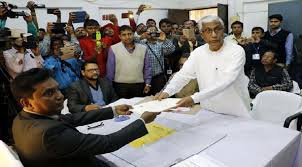 Notification for Assembly elections in Meghalaya and Nagaland were issued today. With this, the filing of nominations in both the states began today. The two states will go to polls on the 27th of February. 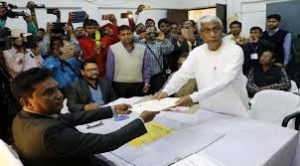 7th February will be the last date for filing of nominations. Both the states have 60-member assemblies.
Chief Electoral Officer of Nagaland Abhijit Sinha held a meeting with all political parties in Kohima yesterday. The meeting was called in the wake of several Political Parties announcing their intention not to contest the February 27 Assembly elections. The Chief Electoral Officer, however, clarified that the assembly elections in Nagaland will be held as per the schedule.
The filing of nominations for Assembly elections in Tripura will close today. The scrutiny of nominations will be held tomorrow, while the last date for withdrawal of candidature is 3rd of February. AIR correspondent reports that voting will be held on 18th of February.
2018-01-31
admin
Previous Padmaavat Banned in Malaysia as it Might ‘Offend Muslims’
Next PM Modi to launch first Khelo India School Games today