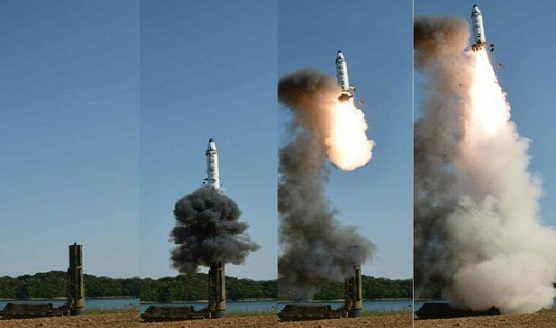 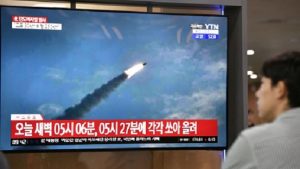 PYONGYANG: North Korea has fired two short-range ballistic missiles off its east coast, according to South Korea’s military, the second such launch in a week.

The two missiles were launched from the Wonsan area early on Wednesday.

Last week’s launch was the first such provocation since US President Donald Trump and North Korean leader Kim Jong-un met in June.

The North called that launch a “solemn warning” to Seoul over its planned military exercises with Washington.

It has previously expressed anger that the annual drills will go ahead next month- an event it sees as preparation for war. 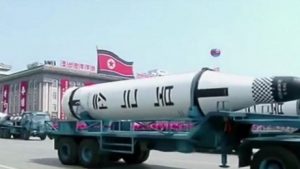 What happened on Wednesday?

The missiles flew 250km (155 miles) and reached a height of 30km before landing in the Sea of Japan, also known as the East Sea.

Japanese Prime Minister Shinzo Abe confirmed that there was no impact on Japan’s security following the launch.

It comes just six days after North Korea fired two short range missiles, with one travelling about 690km (428 miles) and the other 430km.

That launch was the first since Mr Trump and Mr Kim held an impromptu meeting in June at the demilitarized zone, an area that divides the two Koreas, where they agreed to restarted denuclearization talks. 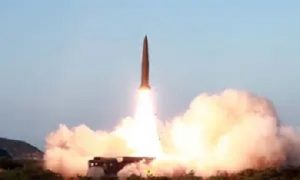 Why is this happening now?

The missile launches come after Pyongyang voiced anger over planned military exercises between South Korea and the US, an annual event which the allies have refused to cancel but have scaled back significantly.

One analyst said the missile tests are likely to continue in the run-up to the military drills.

“North Korea will continue to vent its anger by testing missiles… in the coming days before [the] drills begin in early August,” Harry Kazianis of Washington-based think tank the Centre for the National Interest said.

“(It’s) a message to Washington and Seoul: stop joint exercises or we will continue to show off our own offensive military capabilities.”

North Korea called the drills a “violation of the spirit” of the joint statement signed by Trump and Kim at their first face-to-face talks in Singapore last year.

Pyongyang had warned the exercises could affect the resumption of denuclearization talks.

US Secretary of State Mike Pompeo said on Monday that he hoped these talks could start “very soon”, but added that there was no summit planned between the leaders of both countries. 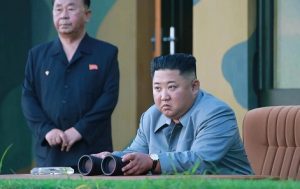 What’s the latest on US – North Korea relations?

There have been no further public meetings between US and North Korean officials since the two leaders met in June.

It conducted a similar short-range missile launch earlier in May, its first such test since its intercontinental ballistic missile launch in 2017. (Int’l News Desk)