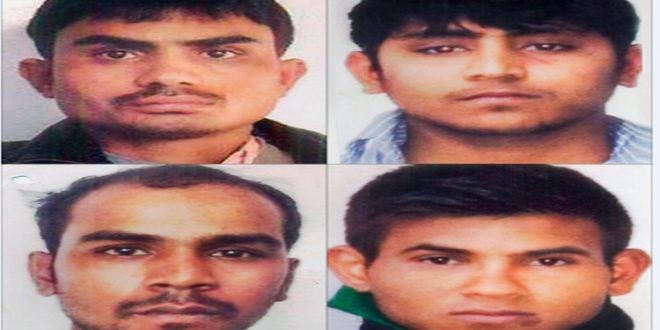 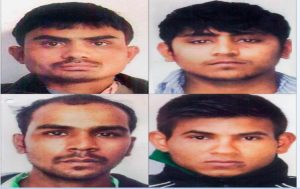 A Delhi Court has issued fresh death warrants against the four convicts in the Nirbhaya rape and murder case. The court set the date of the hanging as February 1, at 6 am.

Earlier today, President Ram Nath Kovind rejected the mercy petition of one of the convicts in the Nirbhaya gangrape case.

The Union Home Ministry had earlier forwarded the mercy petition of convict Mukesh Singh to the President, recommending its rejection. Mukesh, one of the four death row convicts in the 2012 Nirbhaya gangrape and murder case, had filed the mercy petition a few days ago.

The Home Ministry had reiterated the recommendation of the Lieutenant Governor of Delhi Anil Baijal for its rejection who had sent the mercy petition of Mukesh to the Ministry yesterday, a day after the Delhi Government recommended its rejection.

The four convicts – Mukesh Singh, Vinay Sharma, Akshay Kumar Singh and Pawan Gupta were to be hanged on 22nd of this month in Tihar Jail.

However, the Delhi Government had informed the High Court during a hearing that execution of the convicts could not take place on 22nd of January as a mercy plea has been filed by Mukesh Singh.