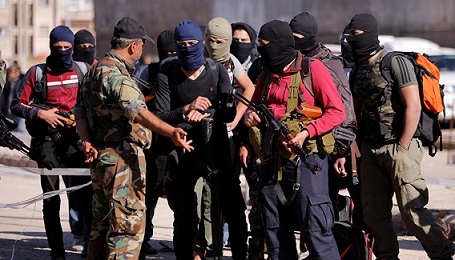 DAMASCUS/ ISTANBUL: Militants have left a key rebel town in Idlib province as Syrian troops push in following intense bombardment and air strikes, in a blow to the opposition. 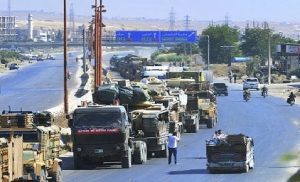 The main insurgent group in the Syrian province of Idlib has pulled out of a key rebel town as government forces advanced in the area amid intense bombardment and air strikes, a militant group and opposition activists say.

As the militants withdrew, government troops moved into northern and western neighborhoods of Khan Sheikhoun, marking a significant gain for President Bashar al-Assad’s forces as they try to chip away at territory controlled by the opposition in Idlib.

The northwestern province, dominated by an al Qaeda-linked faction, is the last major rebel-held bastion in Syria.

Hayat Tahrir al-Sham, Syria’s main al Qaeda-linked faction, said in a statement that its fighters carried out “A Redeployment”, withdrawing to areas south of the town of Khan Sheikhoun. From there, they would continue to defend the territory, it said. 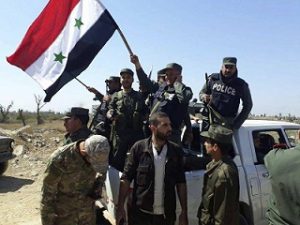 “The victories that were achieved show the determination of the people and the army to strike terrorists, until all parts of Syria is liberated,” Assad said, according to comments released by his office.

The withdrawal is a blow to the opposition. Syrian government forces have been on the offensive in Idlib and northern parts of Hama province since April 30, forcing nearly half a million people to flee to safer areas further north.

The fighting also killed more than 2000 people, including hundreds of civilians.

After months of intense bombardment, the insurgents’ defences appear to be crumbling as they are losing ground at a much faster pace compared with the first three months of the government push. 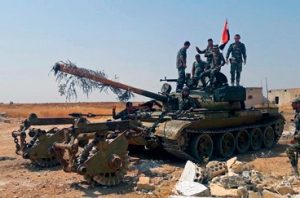 In the long-running Syrian civil war, now in its ninth year, the northwestern region – where Turkish, Russian, America and Iranian interests are at stake – has taken centre stage in the conflict.

The latest government gains come as NATO allies Turkey and the US discuss setting up a buffer zone inside Syria – one that Ankara wants to push Syrian Kurdish fighters it considers terrorists further to the east.