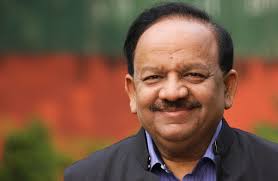 Hyderabad,  IT & Municipal Administration Minister KT Rama Rao, who is

on national capital tour, today urged the Centre to give environmental clearance to the proposed Hyderabad Pharma City in Telangana State.

KTR called on Union Science & Technology, Forest & Environment Minister Harsha Vardhan here today and urged him for immediate clearance for the Pharma city. The minister gave the details and submitted him a memorandum on the project on the occasion. KT Rama Rao urged the Union Minister to consider the project as a national priority and give required permissions.

He also informed the minister that the State government has plans to set up the Pharma City on the outskirts of Hyderabad in a big way. The project will contribute to national pharmaceutical production and large scale employment to the people in the State, he said. TRS MPs Jithender Reddy, B Vinod Kumar, Konda Vishweshwar Reddy and others accompanied the minister.

2018-02-08
admin
Previous PM’s speech is like a routine election speech: CPI
Next Free coaching for minorities