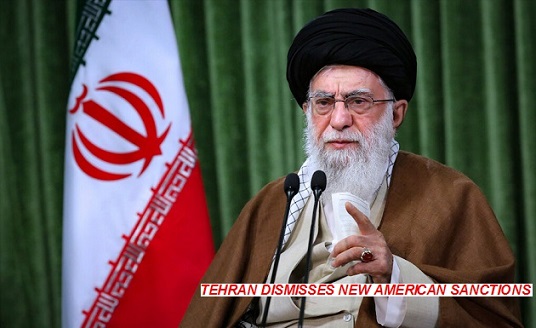 TEHRAN/ BAGHDAD: Iran will support and assist all anti-Israeli groups and nations, while a close cooperation and relation will now also remain continue to all collections and powers those are against Zionist regime openly and proudly, sources claimed.

Leader of the Islamic Revolution Ayatollah Seyed Ali Khamenei said the Islamic Republic of Iran will “support and assist any nation or any group who opposes and fights the Zionist regime” of Israel. 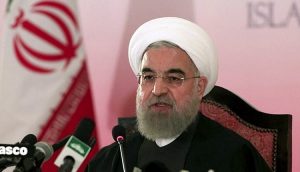 “We will support and assist any nation or any group anywhere who opposes and fights the Zionist regime, and we do not hesitate to say this,” the Leader said in a tweet on Wednesday ahead of the International Quds Day.

“A proposal for a referendum to choose the type of govt for the historical country of #Palestine was registered with the UN as offered by Iran. We say the true Palestinians with Palestinian roots of at least 100 years, and Palestinians living abroad, choose the govt of Palestine,” he said.

“Eliminating the Zionist regime doesn’t mean eliminating Jews. We aren’t against Jews. It means abolishing the imposed regime & Muslim, Christian & Jewish Palestinians choose their own govt & expel thugs like Netanyahu. This is ‘Eliminating Israel’ & it will happen,” Ayatollah Khamenei said in a follow-up tweet.

“The Zionist regime has proven it won’t abide by any treaty & understands no logic except force. The nature of the Zionist regime is incompatible with peace, because the Zionists seek to expand their territories & will certainly not be limited to what they have already occupied,” he said.

The International Quds Day is an annual worldwide event during which demonstrators express their solidarity with the Palestinian people and opposition to the occupation of the Palestinian territories by the Zionist regime of Israel.

The day is seen as the legacy of the late founder of the Islamic Republic of Iran, Imam Khomeini, who officially declared the last Friday of the holy month of Ramadan as International Quds Day back in 1979. 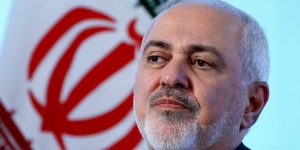 Earlier, Iran has dismissed US sanctions on several of its officials, saying they were a sign of the complete inefficiency of Washington’s previous sanctions on the country.

“Washington’s fruitless and repetitive sanctions against Iranian officials are a sign of weakness, despair and confusion of the US administration,” state TV quoted Iran’s Foreign Ministry spokesman Abbas Mousavi as saying on Thursday.

On Wednesday, the United States imposed sanctions on several Iranian authorities, including its interior minister, accusing them of engaging in serious cases of human rights abuse.

The US Treasury Department said Interior Minister Abdolreza Rahmani-Fazli gave orders authorizing the Law Enforcement Force (LEF) of Iran to use lethal force in response to anti-government protests in November, leading to the killing of protesters, including at least 23 minors.

Hundreds of young and working-class Iranians took to the streets on November 15 to protest against the government’s decision to increase fuel prices.

In January, an opposition website said at least 631 people were killed during the unrest while London-based Amnesty International put the total at more than 300.

Both accounts have been dismissed by Iran, which has yet to give a death toll. Its judiciary has sentenced dozens of protesters to long prison terms.