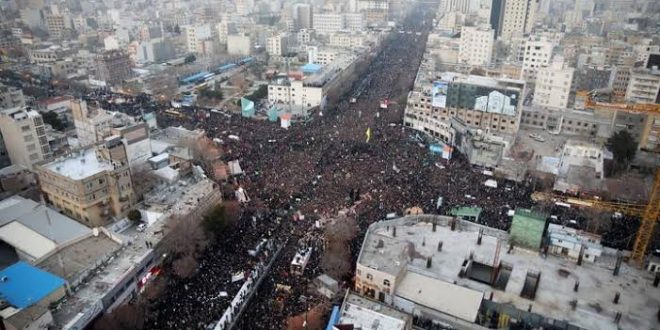 Iran pulls back from nuclear deal 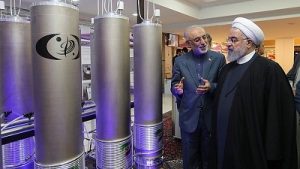 TEHRAN/ BAGHDAD/ WASHINGTON: Iran has declared that it will no longer abide by any of the restrictions imposed by the 2015 nuclear deal.

The announcement followed a meeting of the Iranian cabinet in Tehran.

Tensions have been high over the killing of Iranian General Qasem Soleimani by the US in Baghdad.

Reports from Baghdad say the US embassy compound there was targeted in an attack on Sunday evening. A source told BBC that four rounds of “indirect fire” had been launched in the direction of the embassy. There were no reports of casualties. 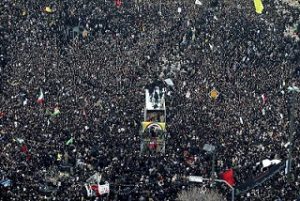 Hundreds of thousands turned out in Iran on Sunday to give Soleimani a hero’s welcome ahead of his funeral on Tuesday.

Earlier, Iraqi Members of Parliament (MP) had passed a non-binding resolution calling for foreign troops to leave the country after the general’s killing in a drone strike at Baghdad airport on Friday.

About 5,000 US soldiers are in Iraq as part of the international coalition against the Islamic State (IS) group. The coalition paused operations against IS in Iraq just before Sunday’s vote.

President Donald Trump has repeatedly threatened that the US will strike back at Iran in the event of retaliation for Soleimani’s death, and said it could do so “perhaps in a disproportionate manner”. 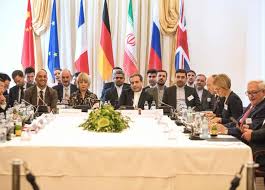 The 2015 nuclear agreement with Iran, on life support ever since the Trump administration abandoned it in May 2018, may now be in its final death throes.

Donald Trump, throughout his presidential campaign and then as president, has never failed to rail against what he calls his predecessor President Barack Obama’s “bad deal” but all its other signatories – the UK, France, Russia, China, Germany and the EU – believe that it still has merit.

The agreement, known as the JCPOA, constrained Iran’s nuclear program for a set period in a largely verifiable way but its greatest significance – even more so given the current crisis – is that it helped to avert an imminent war. Before it was signed, there was mounting concern about Tehran’s nuclear activities and every chance that Israel (or possibly Israel and the US in tandem) might attack Iran’s nuclear facilities. 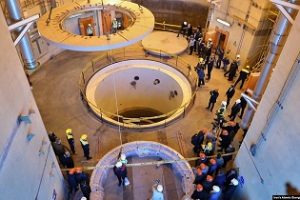 Since the US withdrawal, Iran has successively breached key constraints of the JCPOA. Now it appears to be throwing these constraints out altogether. What matters now is what precisely it decides to do. Will it up its level of uranium enrichment, for example, to 20%? This would reduce significantly the time it would take Tehran to obtain suitable material for a bomb. Will it continue to abide by enhanced international inspection measures?

We are now at the destination the Trump administration clearly hoped for in May 2018 but the major powers, while deeply unhappy about Iran’s breaches of the deal, are also shocked at the controversial decision by Trump to kill the head of Iran’s Quds Force, a decision that has again brought the US and Iran to the brink of war. 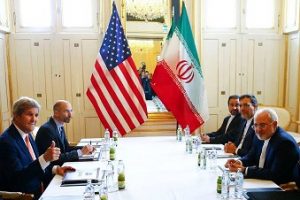 Under the 2015 accord, Iran agreed to limit its sensitive nuclear activities and allow in international inspectors in return for the lifting of crippling economic sanctions.

US President Donald Trump abandoned it in 2018, saying he wanted to force Iran to negotiate a new deal that would place indefinite curbs on its nuclear program and also halt its development of ballistic missiles.

Iran refused, and had since been gradually rolling back its commitments under the agreement. It had been expected to announce its latest stance on the agreement this weekend, before news of Soleimani’s death.

Iranian state media announced on Sunday that the country will no longer respect any limits laid down in the 2015 deal. 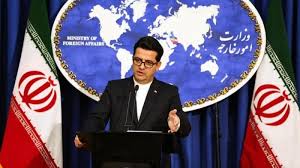 “Iran will continue its nuclear enrichment with no limitations and based on its technical needs,” a statement said.

However, the statement did not say that Iran was actually withdrawing from the agreement and it added that the country would continue to co-operate with the UN’s nuclear watchdog, the IAEA.

Iran, it said, was ready to return to its commitments once it enjoyed the benefits of the agreement. Correspondents say this is a reference to its inability to sell oil and have access to its income under US sanctions.

The country has always insisted that its nuclear program is entirely peaceful – but suspicions that it was being used to develop a bomb covertly prompted the UN Security Council, US and EU to impose crippling sanctions in 2010.

The 2015 deal was designed to constrain the program in a verifiable way in return for sanctions relief.

It restricted Iran’s enrichment of uranium, which is used to make reactor fuel but also nuclear weapons, to 3.67%. Iran was also required to redesign a heavy-water reactor being built, whose spent fuel would contain plutonium suitable for a bomb, and allow international inspections.

Before July 2015, Iran had a large stockpile of enriched uranium and almost 20,000 centrifuges, enough to create eight to 10 bombs, according to the White House at the time.

US experts estimated back then that if Iran had decided to rush to make a bomb, it would take two to three months until it had enough 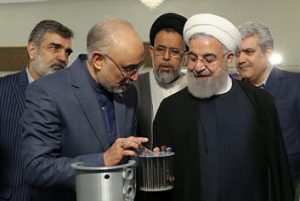 Iran’s current “breakout time”, should it attempt to build a nuclear bomb, is estimated to be around a year, but this could be reduced to half a year or even a matter of months if enrichment levels are increased to 20%, for example.

The other parties to the 2015 deal – the UK, France, Germany, China and Russia – tried to keep the agreement alive after the US withdrew in 2018. 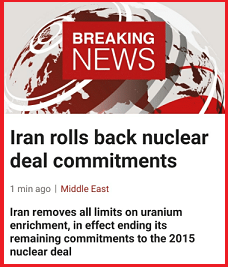 “We are ready to continue talks with all parties in order to contribute to de-escalating tensions and re-establishing stability in the region,” they said.

Earlier on Sunday Johnson said “we will not lament” the death of Soleimani, describing him as “a threat to all our interests”.

EU foreign policy chief Josep Borrell has invited Iran’s Foreign Minister, Mohammad Javad Zarif, to visit Brussels to discuss both the nuclear deal and how to defuse the crisis over the Soleimani assassination. (Int’l News Desk)