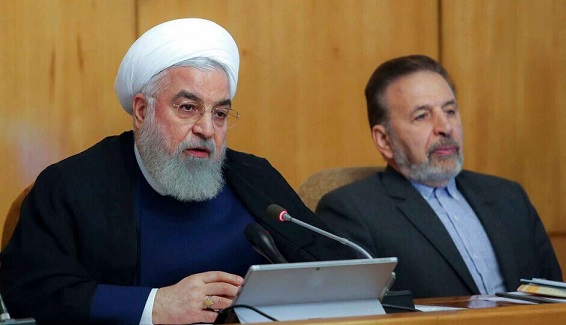 Iran hints at swap with UK in bid to reduce tensions

TEHRAN/ LONDON: Iranian President Hassan Rouhani on Wednesday said his country might be willing to release a UK-flagged ship if Britain releases an Iranian oil tanker that the British Royal Navy seized earlier this month.

His remarks could create an opening to reduce tensions in the region just as Boris Johnson replaces Theresa May as Britain’s Prime Minister.

Rouhani insisted Iran does not want tensions to escalate and the UK would receive a “proportional response from Iran” if it returned the seized vessel.

“We do not seek the continuation of tension with some European countries,” Rouhani said in comments carried on his website. “Should they be committed to international frameworks and give up their wrong actions, including what they did in Gibraltar, they will receive a proportional response from Iran.” 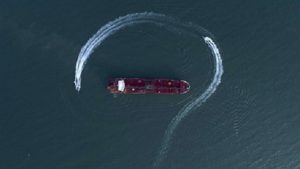 Britain this week announced plans to develop and deploy a Europe-led “maritime protection mission” to safeguard shipping in the area after Iran’s Revolutionary Guard seized the Stena Impero in the Strait of Hormuz on Friday. Any quid pro quo move to swap seized vessels would fall upon the U.K.’s newly-appointed Foreign Secretary Dominic Raab.

Iran alleged the ship was seized in response to Britain’s role in impounding an Iranian super tanker off the coast of Gibraltar — a British overseas territory — on July 4. The U.K. said the tanker was suspected of violating sanctions on oil shipments to Syria. Either side has derided the other’s interception as “hostile acts” and “piracy.”

A spate of incidents in past weeks has threatened security in the Strait of Hormuz – where one-fifth of globally traded crude oil passes through.

President Donald Trump’s decision last year to withdraw from the nuclear deal and impose maximum sanctions on Iran has also led to hostilities. 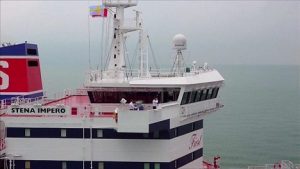 In past weeks, Iran has shot down a US spy drone, US officials said military cyber-forces struck Iranian computer systems that handle missile and rocket launchers, and six oil tankers have been sabotaged near the strait.

Iranian officials have denied that its drones were intercepted after the U.S. military said Tuesday that it took aim at two of them last week.

The chief-of-staff for Iran’s Supreme Leader Ayatollah Ali Khamenei on Wednesday claimed Britain had sent a mediator to Iran over the seizure of the British-flagged tanker.

The U.K. didn’t immediately comment on the claim. There has been speculation that Iraqi Prime Minister Adel Abdul-Mahdi, who visited Iran on Monday, may have acted as an intermediary in the tanker crisis. (Agencies contributed this report)