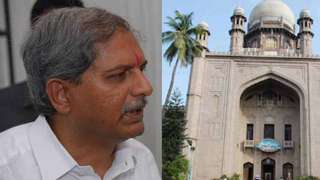 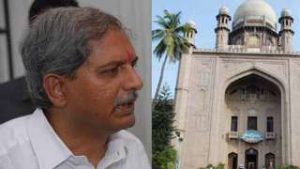 Hyderabad: The High Court of Hyderabad on Monday granted a six-week stay on citizenship cancellation of TRS MLA Chennamaneni Ramesh. He sought a stay on the Central government’s decision cancelling his citizenship as he filed a revision petition with the Home Department which is pending disposal.
It may be recalled that the Central government on last Thursday cancelled his Indian citizenship following a report submitted by the SK Tandon Judicial Committee stating that the TRS MLA from Vemulawada constituency, had obtained Indian citizenship by submitting fake documents. The committee also claimed that Chennamaneni continues to be a German citizen.
Chennamaneni Ramesh filed a review petition in the High Court challenging the order of the Ministry of Home Affairs. Ministry of Home Affairs, Telangana Home Secretary and Rajanna Siricilla District Collector are made as respondents in the petition.
As per Section 5(1) of The Citizenship Act, Chennamaneni obtained his Indian citizenship after returning from Germany. He also found fault with the Home Ministry stating that the Indian Citizenship can be cancelled only in cases of anti-national activity.
2017-09-11
admin
Previous Infant Dies After Rolling Off Bench On Which Mother Forced To Deliver At Govt Hospital
Next Govt permits TDWSCL to borrow Rs 440 cr for execution of Mission Bhagiratha