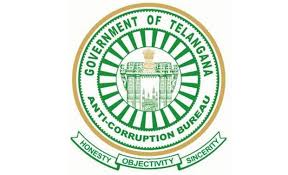 Hyderabad, Feb.1 (PMI): An Assistant Engineer working in Greater Hyderabad Municipal Corporation at Chandrayangutts division was caught red-handed by the sleuths of Anti-Corruption Bureau while demanding and accepting bribe today

M. Venkat Ramulu, Assistant Engineer at South Zone had allegedly demanded Rs 40,000 from Ghulam Rizwan Farooqui to do an official favour for recording M. Book of CC Road near Sabeel-Us-Salam in Salala in Kanchangabh division. Ghulam Rizwan Farooqui had approached the ACB and lodged a complaint against the Asst. Engineer for demanding bribe from him.

“At around 1.20 pm on Friday, the sleuths caught Venkat Ramulu red-handed while accepting the bribe. Fingers of the accused official’s hands proved positive during a chemical test and the bribe amount was recovered from his desk. The accused officer was arrested and produced before Principal Special Judge for ACB cases at Hyderabad,” ACB said in a pressnote. (PMI)