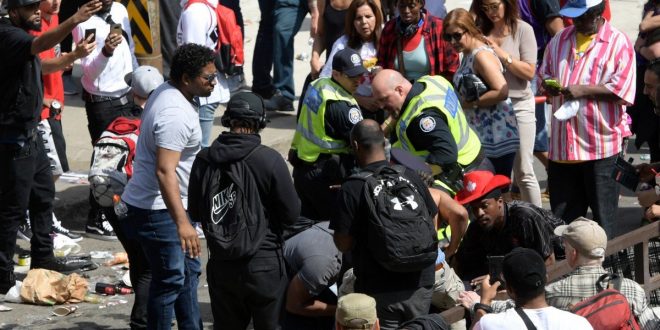 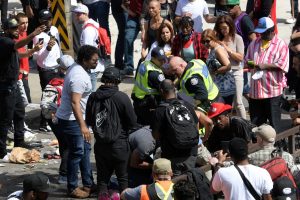 MELBOURNE/ TORONTO: After four people were injured Monday in a shooting during the Toronto Raptors’ NBA Championship celebration, Canadian officials urged the public to not let it undermine a mostly peaceful commemoration of a historic win.

“I hope all those injured in today’s shooting have a speedy recovery and I’d like to thank the Toronto Police for acting so quickly,” Prime Minister Trudeau said on Twitter.

“We won’t let this act of violence take away from the spirit of today’s parade.”

Trudeau was present for the victory rally in downtown Toronto, where huge crowds had gathered to celebrate the Raptors’ victory over the Golden State Warriors in the NAB finals. 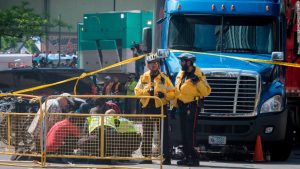 Saunders insisted that the incident affected a small group of people during an otherwise jubilant celebration. More than a million people attended the victory rally and “the vast majority didn’t even know this happened,” he said.

Images on social media showed people running from the scene. Saunders said he could not speak to reports that people were trampled, but he resisted the suggestion that a stampede broke out after shots were fired.

A “small burst of people” were scared, he said.

The shooting brought negative attention to a historic celebration. The Raptors’ victory marked not only its first NBA title, but its first time reaching the NBA Finals in its 24-season history.

Revelers filled the square to capacity for the rally, which included an appearance from Trudeau.

The master of ceremonies paused briefly to let the crowd know there was an emergency situation, then resumed the festivities.

“It is disappointing and I’m sure a source of anger for more than just me that anyone would carry a gun and discharge it at what was otherwise a joyous celebration,” Mayor John Tory said.

“I hope those responsible will be held to account to the full extent that the law permits,” he said. “I want to commend and thank the millions of other people who happily and peacefully celebrated our beloved Toronto Raptors.”

He also announced that a stretch of road outside the Scotiabank Arena will receive a ceremonial street dedication as Raptors Way.

“We are so proud of our Toronto Raptors and their championship win. Presenting the entire organization with the City’s highest honor is our way of saying thank you on behalf of all Toronto residents,” he said in a statement.

“This historic playoff run galvanized and united not only Toronto, but all of Canada, bringing together fans from coast to coast to coast. The victory itself and the events surrounding it will inspire Torontonians, especially young people, for years to come.”