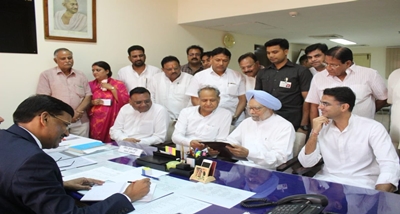 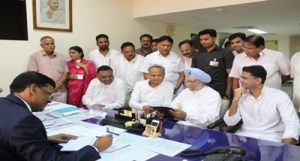 Dr. Singh filed four sets of nomination papers in the chamber of Returning Officer in the Rajasthan Assembly.

This seat fell vacant in June this year after demise of BJP Member Madan Lal Saini.

Talking to media persons in Jaipur today, Dr. Singh said that he will do whatever is possible to promote the cause of the people of the state.

Rajasthan Assembly has 200 seats but currently there are 198 MLAs and two seats are vacant. Congress has 100 MLAs and also enjoys the outside support of 12 out of 13 independents and the legislators of BSP.