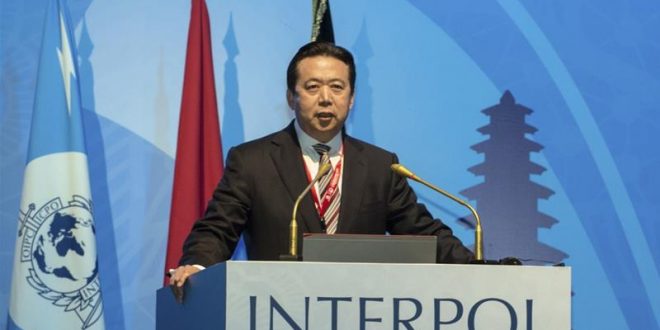 Meng – a Chinese citizen – has been under investigation since October 2018. He is accused of taking 14.5 million yuan ($2.1m) in unlawful payments between 2005 and 2017, using his status and positions, including as vice minister of public security and Marine Police Chief to accumulate the money.

He reportedly admitted his guilt during a court hearing on Thursday in the northern city of Tianjin in China, according to the People’s Daily, an official newspaper of the Chinese Communist Party’s Central Committee. 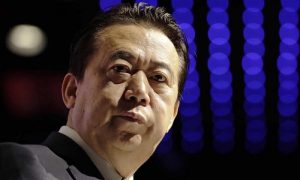 Interpol, the global police coordination agency based in France, said last October that Meng had resigned as president, days after his wife Grace Meng reported him missing after he travelled back to China.

He was later accused of accepting bribes and expelled from the Communist Party, with China’s Public Security Ministry saying in March that Meng’s “poisonous influence” had to be “thoroughly eliminated”.

It was not clear who Meng’s lawyer was and news agencies have been unable to reach them or any legal representative for comment. 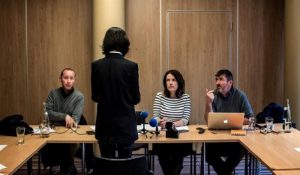 Chinese courts are tightly-controlled by the Communist Party and Meng is almost certain to be found guilty, Reuters news agency said.

The court will announce its verdict at a “select date or time,” a statement from the court said, without specifying further.

Meng is among a growing group of Communist Party cadres caught in President Xi Jinping’s anti-corruption campaign, which critics say has served as a way to remove the leader’s political enemies.

More than one million officials have been punished so far during Xi’s six-year tenure. He has vowed to target both “tigers” and “flies”, a reference to elite officials and lower-level bureaucrats.

As vice security minister, Meng oversaw as number of sensitive portfolios, including the country’s counterterrorism division, and he was in charge of the response to violence in China’s fractious northwestern region of Xinjiang.

During his time as vice security minister, the public security bureau arrested and interrogated a number of prominent Chinese dissidents, including Nobel Peace Prize laureate Liu Xiaobo, who was arrested in 2008 and died of liver cancer in 2017 while still in custody.

Earlier, Meng’s appointment at Interpol raised eyebrows, with human rights groups concerned that Beijing would use the organization to round up Chinese dissidents overseas. Meng had been expected to serve a four-year term, ending in 2020. 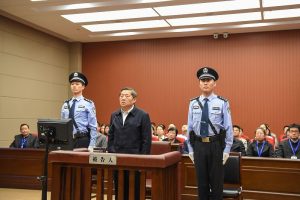 Grace Meng, who has been granted political asylum in France along with the couple’s two children, has said the charges against him are politically motivated.

In interviews with French media, she has said she fears for her life and was afraid she and her children would be the targets of kidnapping attempts.

Meng Hongwei, the former Interpol president being investigated for bribery in China, seems to have been detained under a new form of custody called “liuzhi”.

Liuzhi, or “retention in custody”, is used by the National Supervisory Commission (NSC), China’s new super-agency charged with investigating corruption throughout the government. Detainees can be denied access to legal counsel or families for as long as six months under liuzhi.

It is meant to be an improvement on the previous shuanggui system, a disciplinary process within the ruling Chinese Communist party known for the use of torture and other abuses. Under liuzhi, family members are supposed to be notified within 24 hours if a relative has been taken into custody.

Meng, a senior Chinese security official, appears to be the latest target in a far-reaching anti-corruption campaign that critics say is a cover for eliminating political figures disloyal to China’s president, Xi Jinping.

Meng usually lives in Lyon, where Interpol is based, with his family. He was reported missing by his wife after he flew from France to China last month.

On Monday, Chinese authorities accused him of bribery in a lengthy statement stressing the importance of the country’s “anti-corruption struggle” and the need for “absolute loyal political character”. On Sunday, authorities said he was in the custody of the NSC.

Rights advocates say there are few indications liuzhi will be much better than its forerunner.