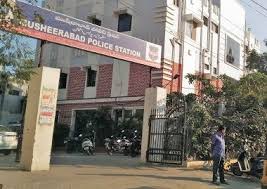 Hyderabad, July 29 (PMI): An automobile dealer-cum-financier one Gajendra Prasad on Monday lodged a complaint with the Chikkadpally police alleging that he was kidnapped by three people on Sunday night and released him at 2 am on Monday after extorting Rs 1 crore from his family.
Gajendra Prasad told police that the trio forcibly took him away in a car at 11 pm on Sunday and confined him for three hours. He alleged that his abductors demanded a ransom of Rs 3 crore from his family. He said he was let off at 2 am on Monday at Abids after his family members paid them money to the kidnappers.
The police have learnt that there were some financial disputes between Gajendra Prasad and a few persons in Mumbai. Police said the alleged victim was not disclosing details of his abduction like the car used by the kidnappers, their mobile numbers and so on. They said the complainant’s version was not cogent and corroborating. The investigators strongly suspect whether the man was really abducted or not or there were any reasons behind his story. They were examining the CC footage for clues. (PMI)