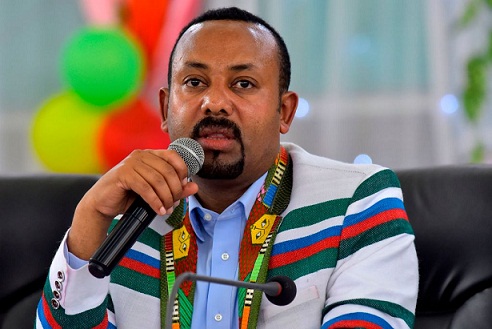 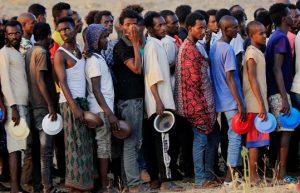 The army earlier entered Mekelle as it stepped up its offensive against the Tigray People’s Liberation Front.

The leader of the TPLF told Reuters it would continue to “defend our right to self-determination” and “fight these invaders to the last”.

Hundreds have been killed and thousands displaced in the conflict.

It began earlier this month after Abiy announced an operation against the TPLF, the regional party, accusing it of attacking the Ethiopian army’s northern command HQ in Mekelle.

What has the government said about Tigray? 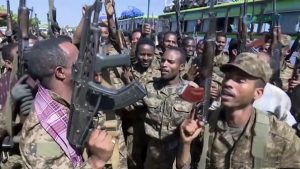 In a statement on Twitter, Abiy said the army was in full control and that this “marks the completion of the (military’s) last phase”.

“I am pleased to share that we have completed and ceased the military operations in the Tigray region,” he said.

The army had released thousands of soldiers taken by the TPLF and was in control of the airport and regional offices, Abiy said, adding that the operation had been carried out with “due care for citizens”.

There have been fears for the 500,000 people living in the city. 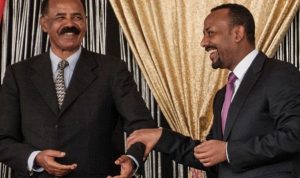 Abiy said: “We now have ahead of us the critical task of rebuilding what has been destroyed… [and] returning those who have fled.”

Details of the fighting are hard to confirm because all phone, mobile and internet communications with the Tigray region have been cut.

How has the TPLF responded?

In a text message to Reuters, TPLF leader Debretsion Gebremichael did not directly comment on the situation on the ground, but said of the government forces: “Their brutality can only add (to) our resolve to fight these invaders to the last.”

He added: “This is about defending our right to self-determination.” 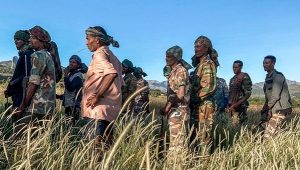 An earlier TPLF statement, reported by AFP, urged “the international community to condemn the artillery and warplane attacks and massacres being committed”.

It also accused the Eritrean government of involvement in the attack on Mekelle.

Analysts say the TPLF could now be preparing to return to the mountains to launch a guerrilla war against the federal government.

What are the humanitarian concerns?

The UN had warned of possible war crimes if the Ethiopian army attacked Mekelle. 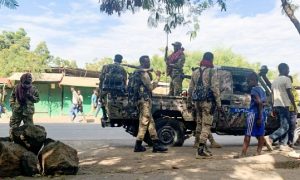 It has also expressed concerns about the lack of access for humanitarian workers.

The Ethiopian authorities said on Thursday that “a humanitarian access route” overseen by the government would be opened, adding they were “committed to work with UN agencies… to protect civilians and those who need it”.

Also on Thursday, Ethiopian troops were deployed along Tigray’s border with Sudan, preventing people fleeing the violence from leaving the country, according to refugees.

The BBC’s Anne Soy, on the Sudanese side of the border, saw at least a dozen members of the Ethiopian military, leading to a marked decrease in the number of people crossing into Sudan. 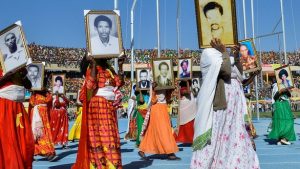 In a meeting on Friday, Abiy told African peace envoys that civilians would be protected.

However, there was no mention of potential peace talks and the envoys were not allowed to visit Tigray.

Who are the TPLF?

The TPLF fighters, drawn mostly from a paramilitary unit and a well-drilled local militia, are thought to number about 250,000. Some analysts fear the situation could turn into a guerrilla conflict – with the TPLF continuing to mount attacks on government forces even if they take Mekelle. 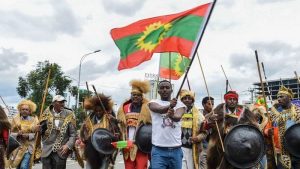 Leader of the TPLF, Debretsion Gebremichael, has said Tigray forces are “ready to die in defence of our right to administer our region”.

Aid groups fear the conflict could trigger a humanitarian crisis and destabilize the Horn of Africa region.

Ethiopia’s state-appointed Human Rights Commission has accused a Tigrayan youth group of being behind a massacre this month in which it says more than 600 non-Tigrayan civilians in the town of Mai-Kadra were killed. The TPLF denied involvement. 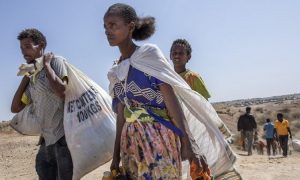 What is the fighting about?

The conflict is rooted in longstanding tension between Ethiopia’s government and the TPLF, which was the dominant political force in the country until Abiy came to power in 2018 and introduced far-reaching reforms.

When Abiy postponed a national election because of coronavirus in June, relations further deteriorated.

The TPLF said the government’s mandate to rule had expired, arguing that Abiy had not been tested in a national election.

In September the party held its own election, which the government said was “illegal”. (BBC)