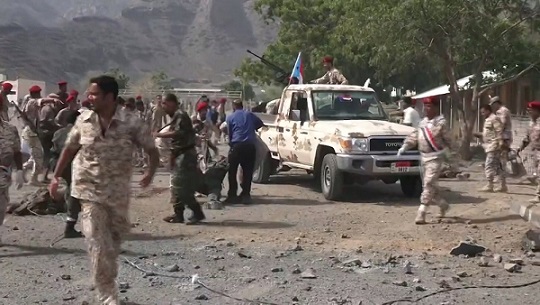 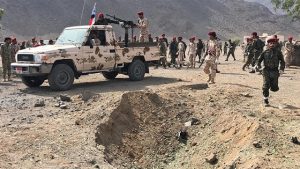 An explosion in Aden, the seat of Yemen’s internationally recognised government, has killed dozens of people and wounded many others, according to reports.

The Houthi rebel movement, which controls the capital, Sanaa, claimed responsibility for the attack on Thursday which targeted a military parade at a camp in the southern city. 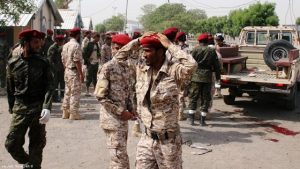 Reuters news agency quoted a medical and a security source as saying at least 32 people were killed in the blast at al-Jalaa military camp, in Aden’s Buraiqa district. A health official told The Associates Press news agency the death toll stood at more than 40.

A senior commander of the so-called Security Belt’s First Support Brigade was reported to be among the casualties. The Security Belt is a force trained and supported by the United Arab Emirates, a key partner in a military alliance assembled by Saudi Arabia to fight against the Houthis.

International medical charity Doctors Without Borders, known by its French acronym MSF, wrote on Twitter that that tens of wounded people were brought to hospital for treatment. 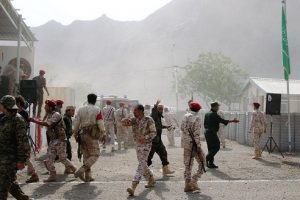 The Houthi-linked al-Masirah TV said the group launched a medium-range ballistic missile and armed drone at the parade.

The parade “was being used to prepare for an advance on Taiz and Dalea”, al-Masirah cited a Houthi military spokesman as saying.

The blast occured “behind the stand where the ceremony was taking place”, a witness told Reuters.

There was no immediate comment from the Yemeni government or the coalition.

Separately, a suicide attack on a police station in the city’s Omar al-Mokhtar neighbourhood killed at least three soldiers and wounded 20 others. 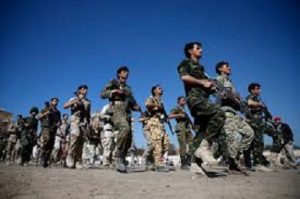 Yemen’s latest conflict broke out in late 2014 when the Houthis, allied with forces loyal to former President Ali Abdullah Saleh, seized much of the country, including Sanaa.

The war escalated in March 2015 when a Saudi-UAE-led coalition launched a ferocious air campaign against the rebels in a bid to restore the internationally recognised government of President Abd_Rabbu Mansour Hadi.

Since then, tens of thousands of civilians and combatants have been killed and as many as 85,000 children may have starved to death. (Int’l News Desk)