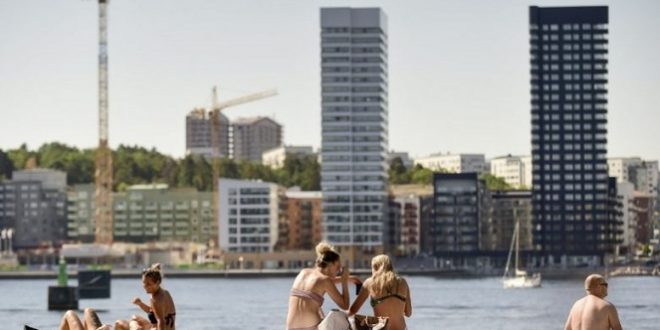 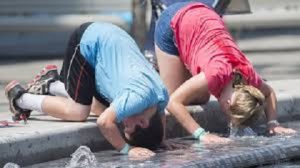 NEW YORK/ OTTAWA: Extremely hot weather has started to hit most of the United States, with temperatures set to peak over the weekend, meteorologists say.

The heatwave could affect about 200 million people in major cities like New York, Washington and Boston in the East Coast, and the Midwest region too.

In some places, temperatures could be close to or exceed 100F (38C). Parts of Canada are also being hit.

The world experienced its hottest June on record this year with an average temperature worldwide of 61.6F (16.4C), according to new data. 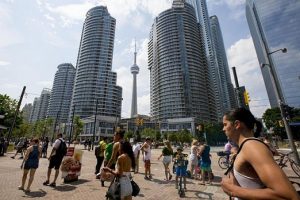 Earlier this month, the US state of Alaska part of which lies inside the Arctic Circle, registered record high temperatures.

Which areas are hit by the latest heatwave?

The heatwave is hitting an area stretching from the Central Plains of Colorado and Kansas, to the Great Lakes in the north-east.

Temperatures are also rising in most areas of the East Coast. The National Weather Service (NWS) published a map of the areas that are affected.

“The hazy, hot and humid conditions will persist through the weekend. Be smart and stay cool!” it warned.

New York Mayor Bill de Blasio declared “a local emergency due to the extreme heat” in the city. 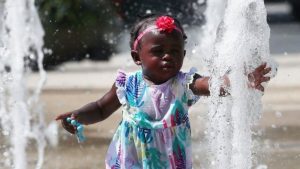 He urged New Yorkers to take the threat seriously, to stay hydrated, and to not go out in the hot weather. de Blasio added that 500 “cooling centres” were being opened across New York.

Similar measures were being taken in Detroit and other cities.

In Canada, heat warnings have been issued for parts of the provinces of Quebec, Ontario and Nova Scotia. Daytime temperatures in Toronto could feel like 40C (104F) on Friday and Saturday, when humidity is factored in. Severe thunderstorms are also expected. 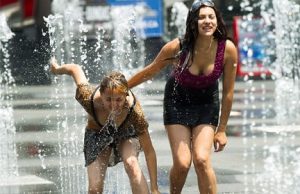 Canadian meteorologists say that in Montreal the temperature could feel like 45C with humidity over the next two days.

US meteorologists say the heatwave is expected to continue through the weekend, and some cities may see their highest temperatures in years.

In some cities it might feel as hot as in California’s Death Valley – a desert region known for its extreme heat. But they say a dramatic change is on the way early next week, when it is expected to suddenly cool off. (Int’l News Desk)

Post Views: 12
2019-07-20
admin
Previous Iran seizes British tanker in Strait of Hormuz
Next ‘CAT COME OUT OF BAG’…US to send troops to Saudia against Iran