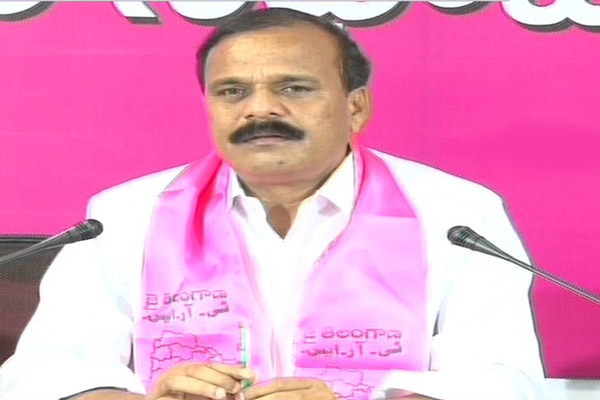 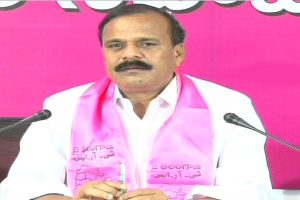 .Hyderabad, Dec.6 (PMI): TRS MLC Karne Prabhakar today criticized that Congress leaders have lost their mental balance and resorting to make baseless allegations on the government with regard to backward classes welfare.
Addressing the media at TRS Legislature Party here on Wednesday, Karne accused the Congress of indulging in false campaign against the government. The previous governments used the BCs as just vote bank, he fumed. However, the TRS Government has conducted a three-day Cabinet meeting on BC welfare. Chief Minister K Chandrasekhar Rao asked the BC leaders of all political parties to come up with suggestions in this regard, he said.
He said the government was preparing special plan for BCs development and allocated Rs 1000 crore for MBC Corporation towards their welfare. The Congress should stop their vote bank politics as the people are not ready to believe them. The TRS leader said the aim of the government was to provide schemes to 113 Backward Castes in the State. The Congress was afraid of bleak future and bombarding on the BC meeting by the government, he said.
He also slammed TJAC Chairman Prof Kodandaram for involving the Congress and Telugu Desam in his fight for jobs stir. Kodandaram should tender an apology for allowing the leaders of these two parties, who caused death of Srikantachary. The leaders and TJAC joined hands to blame the government and provoking the students on the jobs, he said. The government was committed to keep the promise of providing jobs to the youth. “We will fill 1.12 lakh posts as promised and the students should not lose patience”, he suggested. (PMI)
2017-12-06
admin
Previous When Teachers Turn Sexual Predators For Girls in School
Next PM’S STATEMENT ON RESERVATION SHUTS DOORS TO KCR, SAYS SHABBIR