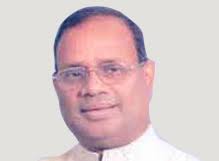 Telangana Congress Party Affairs in-charge RC Kuntia today claimed that his party was becoming strong in Telangana and only the strong Opposition in the State.

Speaking to the media here on Wednesday, Kuntia said the BJP has become weak and many leaders from other political parties were ready to join Congress, particularly TRS leaders were discussing about it. He also said there were no differences among Congress leaders of Telangana. He alleged that the ruling party was not implementing its election promises so far. He exuded confidence that his party would sweep the 2019 elections.

2017-10-18
admin
Previous What is wrong in meeting Congress leaders? Revanth Reddy
Next Guv extends greetings to people of Telugu States