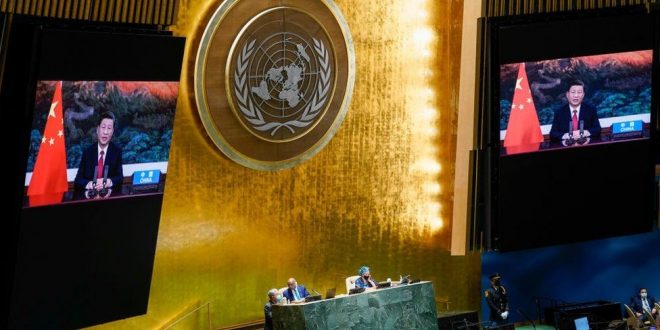 BEIJING: China will not build new coal-fire projects abroad, a move that could be pivotal in tackling global emissions.

President Xi Jinping made the announcement in his address at the United Nations General Assembly.

China has been funding coal projects in countries like Indonesia and Vietnam under a massive infrastructure project known as the Belt and Road initiative but it has been under pressure to end the financing, as the world tries to meet Paris climate agreement targets.

“China will step up support for other developing countries in developing green and low-carbon energy, and will not build new coal-fired power projects abroad,” Mr Xi said in a video recording at the annual summit. 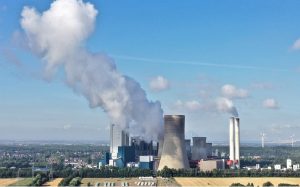 No further details were provided, but the move could limit the expansion of coal plants in many developing countries under China’s Belt and Road Initiative (BRI).

The BRI has seen China fund trains, roads, ports and coal plants in numerous countries, many of them developing nations. For the first time in several years however, it did not fund any coal projects in the first half of 2021.

China is also the world’s largest greenhouse gas emitter and is heavily reliant on coal for domestic energy needs.

Xi mentioned promises made last year about China achieving peak emissions before 2030 and then transitioning to carbon neutrality by 2060.

The US Climate Envoy John Kerry welcomed the announcement, saying in a statement that he was “absolutely delighted to hear that President Xi has made this important decision”.

The head of the COP26 United Nations Climate Change Conference due to be held in Scotland next month also applauded the news.

“It is clear the writing is on the wall for coal power. I welcome President Xi’s commitment to stop building new coal projects abroad – a key topic of my discussions during my visit to China,” Alok Sharma said on Twitter. 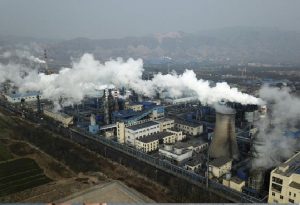 Xi’s address came after US President Joe Biden gave his maiden speech at the United Nations during which he urged countries to work together as never before to tackle global problems such as climate change and the pandemic.

Biden also said that democracy would not be defeated by authoritarianism, but refrained from mentioning China by name.

“We all must call out and condemn the targeting and oppression of racial, ethnic, and religious minorities, whether it occurs in Xinjiang or northern Ethiopia, or anywhere in the world,” he added, referring to the western Chinese region where China is accused of using forced labour.

Relations between the US and China are at an all time low over issues including trade, human rights and the origins of Covid-19.

In his address, Xi said that China had peaceful intentions in international relations but he also seemed to address the tensions and the formation of alliances in the region like the “Quad” grouping, made up of Australia, the US, India and Japan, saying there was a need to “reject the practice of forming small circles or zero-sum games”. (Int’l News Desk)