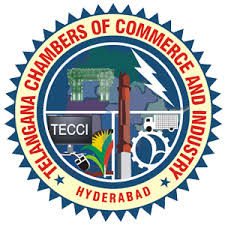 Hyderabad: Noble Laureate Kailash Satyarthi interacted with over 150 Industry Leaders from CII, HYSEA, Hyderabad Angels, TiE Hyderabad, Telangana Chamber of Commerce and Industry over a breakfast in a city hotel this morning. The breakfast interaction was organised by Disruppt Thinking, a platform that will Disruppt your current to enable, inspire and innervate you to master the power within you and unleash possibilities.

Welcoming the gathering, Viiveck Verma co-founder of Disruppt Thinking said “Changing the world is always disruptive”. DiSRUPPt Thinking has always lived up to its name by bringing DiSRUPPters from various walks of life. Our endeavor has always been to provide our people with an opportunity to listen, inspire and implement the lessons from such DiSRUPPters, said Lokesh Nathany, another Co-Founder of the Disruppt Thinking Platform.  We are proud to host the biggest DiSRUPPter of the century, Kailash Satyarthi, he informed.

Addressing the gathering, the noble laureate Kailash Satyarthi told the business community, corporate world, business leaders in this country to come out with technological and business solutions to social problems.  Technology must put an end to sexual abuse and trafficking of children. “As an industry you know how to run business.  Corporates are the problem solvers.  Doing business is perceived to be earning profits. That is not right. You have also social responsibility towards the society, he told them.  He asked them to join in his fight against Child Abuse, any violence against children.  You are the change makers”, he told the business leaders where assembled to listen him.

“Our children are not safe anywhere: not in their own homes, not in their neighborhoods and not even in their schools.  Anyone can turn into a predator.  In the name of family honor and shame, the voices of victims are suppressed at every point he said.  Parents have no time for their own children. Children have nobody at home to share their pain, problems. Children are feelings suffocated from inside”, he told. Education was not a constitutional right in India. “The right to education has been recognized as a human right in a number of international conventions.  We fought to make it a constitutional right. We took out a march across India for five and half months, that led political power to amend the constitution and now right to education is the constitutional right in our country,  he told the gathering.  This was possible because of power of people”, he told.

“I have declared a war on rape, sexual abuse, trafficking and violence against children. I am marching to end this moral epidemic that is destroying the spirit of our generation. This march, the Bharath Yatra started from Kanyakumari to Delhi on  September 11, this year and will culminate in Delhi on  October 15, but the war against these evils continue till we win”, he told the gathering.  “This is the time to wage war against age mind set of the people.  I want one crore Indians to pledge their support for any sort of violence against children”.   He also administered the pledge.  Industry leaders pledged to fight against any sort of violence against children.

Replying to a question whether people of India have become immune to violence against children, Kailash Satyarthi replied that he didn’t think Indian Citizens became immune, but  became passive. Replying to another question, Kailash Satyarthi said the governments, corporates and civil societies must work hand in hand addressing  many social menaces such as atrocities against children, child labour and so on. Child labour is the biggest impediment to the education.  So we must put an end to it”, he told the gathering.