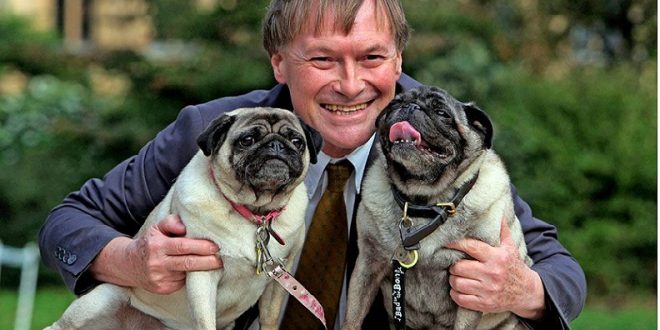 LONDON: The killing of Conservative MP Sir David Amess is being treated as a terrorist incident by police.

Sir David was stabbed multiple times at his constituency surgery in Leigh-on-Sea in Essex on Friday.

The Metropolitan Police said there was a potential link to Islamist extremism. A 25-year-old British man was arrested at the scene on suspicion of murder. 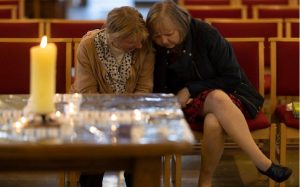 Home Secretary Priti Patel paid tribute to Sir David as a “man of the people” who was “killed doing a job he loved”.

Speaking a short time later, Ms Patel said: “We are all struggling to come to terms with the fact that David Amess has been so cruelly taken away from all of us.”

She said the Southend West MP “was absolutely there for everyone, he was a much loved parliamentarian, to me he was a dear and loyal friend, but also he was a devoted husband and father”.

Ms Patel, who has asked police forces to immediately review security arrangements for MPs, maintained a balance could be found to allow face-to-face meetings with constituents to continue.

“We will carry on, we live in an open society, a democracy,” she said. “We cannot be cowed by any individual or any motivation… to stop us from functioning”. 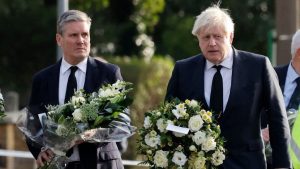 Sir David, 69, had been an MP since 1983 and was married with four daughters and a son. He is the second serving MP to be killed in recent years, following the murder of Labour MP Jo Cox in July 2016.

The Met said officers are carrying out searches at two addresses in the London area and are not seeking anyone else over the death.

The force believes the man, who is in custody in Essex, acted alone but inquiries into the circumstances of the incident are continuing.

Government sources have told the BBC he is a British national who, from initial inquiries, appears to be of Somali heritage.

BBC security correspondent Frank Gardner reports Whitehall officials are saying the arrested man was not on a database of terror suspects.

Scotland Yard’s decision that the killing of Sir David Amess was an act of terrorism confirms that, on the basis of what they know so far, the killer was motivated to use violence to further their cause. 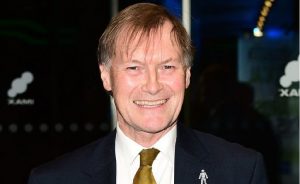 There’s no public suggestion from investigations at the moment that there is a specific additional threat to MPs – but detectives and colleagues in MI5 will be delving deeply into the life of the suspect to understand how he reached this mindset and whether this was an attack by a “lone actor” or someone who is part of a network.

Secondly, it confirms the initial conclusion that there would need to be more resources thrown at the investigation.

Behind the scenes a wider range of detectives and support staff will now have been brought into action. If officers have recovered the suspect’s mobile phone, they will now be forensically examining its contents to uncover potential evidence of mindset and planning.

A phone – and any bank cards – will also help detectives track the suspect’s movements in the days and weeks before the incident. That in turn leads them to CCTV so they can build a three-dimensional view of his life.