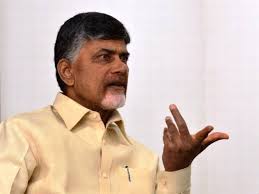 Hyderabad: TDP president and Andhra Pradesh chief minister Chandrababu Naidu pulled out of the NDA on Friday over the issue of special status to Andhra Pradesh. The party also gave a separate no-confidence notice against the Centre in Lok Sabha.

“We have decided to move out of NDA. The support has been removed. We gave them (BJP-led NDA) time to change their mind, but nothing happened,” senior TDP leader CM Ramesh said, following which BJP said that TDP’s decision was inevitable after “its mischievous propaganda” against the Centre.

In a statement, the Telugu Desam Party (TDP) confirmed the move and said that TDP has decided to quit NDA, and the decision was unanimously taken by party politburo. Naidu alleged that the BJP and PM Modi are “trying to weaken regional parties”.

“TDP’s decision to quit was inevitable after “its mischievous propaganda” against Centre. People of AP have now realised that the TDP is resorting to lies to cover up its inept & inert governance. Far from being a threat, TDP’s exit is a timely opportunity for the BJP to grow in AP,” BJP spokesperson GVL Narasimha Rao tweeted.

Meanwhile, West Bengal chief minister Mamata Banerjee welcomed the TDP’s decision and said that the “current situation warrants such action to save the country from disaster”. In a tweet, the CM also requested opposition parties to work against “atrocities, economic calamity and political instability

2018-03-16
admin
Previous No Effect Of TDP Withdrawal From NDA: BJP
Next GUV Greets Telugus On Ugadi