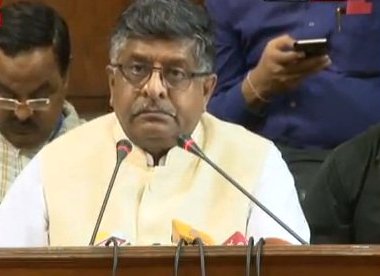 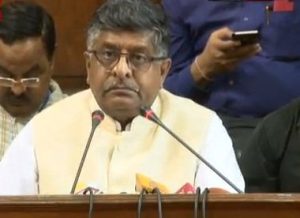 Union Minister and BJP leader Ravi Shankar Prasad today said, the Congress party has links with Cambridge Analytica which has been accused of manipulating US elections.

Briefing media in New Delhi this afternoon, Mr Prasad said, Cambridge Analytica, the agency roped in by Congress to run their 2019 campaign and termed as their ‘Brahmastra’ in a certain section of media, is accused of using bribes, sex workers to entrap politicians and stealing data from Facebook.

The Minister made it clear that any covert or overt attempt to misuse social media including Facebook to influence country’s electoral process through undesirable means will neither be tolerated nor be permitted. He said, the NDA government is committed to free and fair elections.

Congress has denied its link with Cambridge Analytica, a firm accused of harvesting data.

Talking to reporters in New Delhi today, party leader Randeep Singh Surjewala said, the Congress or its President Rahul Gandhi has never used or hired the services of this company.

He alleged that it is a fake agenda and white lies are being spread regarding Congress’ links with the firm.

He accused the BJP of producing and setting fake agendas.