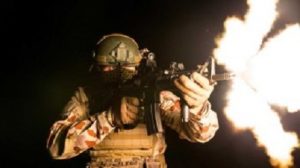 CANBERRA/ MELBOURNE: At last, just because of facing unbearable pressure, worldwide insult and global criticism, the Australian government would have to surrendered before country’s media but neither the involved police officials nor other concerned authorities apologized yet on their worst action against media worker (s) and outlet (s) but on the basis of Indian and Pakistani media’s reporting against the raid of Australian journalist’s home situated in Canberra and a media house in Sydney and the worst actions which have been taking against other journalists especially against Messenger’s Bureau Chief, the authorities would also have to  compelled to change their attitude, behavior, mindset, manners and discriminatory protocol but despite a great contribution of Messenger, National and PMI in-favor of Australian media workers and beside all risks which have already been bearded in this connection which are still being faced by the concerned journalists particularly ‘this correspondent’, neither any message nor rule or guarantee announced for foreign journalists those are working in Australia at government’s end. 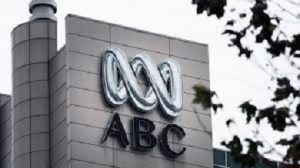 According to the report of ABC News, the Home Affairs Minister has ordered the Australian Federal Police (AFP) to consider the importance of press freedom before investigating journalists who publish classified material.

Peter Dutton’s Ministerial Direction to the AFP Commissioner followed widespread criticism of the June police raids on the ABC and the home of a News Corp political reporter over separate stories based on leaked classified information.

“A key function of the AFP is the enforcement of the criminal law, without exception,” Dutton said.

“However, I expect the AFP to take into account the importance of a free and open press in Australia’s democratic society and to consider broader public interest implications before undertaking investigative action involving a professional journalist or news media organization in relation to an unauthorized disclosure of material made or obtained by a current or former Commonwealth officer.” 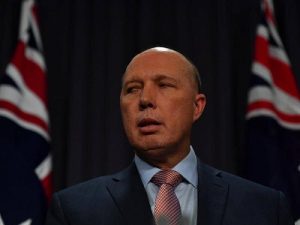 Dutton also directed the AFP to “exhaust alternative investigative actions” before considering whether to pursue reporters.

“I also expect the AFP to continue to seek voluntary assistance from professional journalists or news media organizations,” he said.

“Dutton waited until 4pm on a Friday afternoon — just days before the Parliamentary Joint Committee on Intelligence and Security’s public hearings into press freedoms — to announce his ‘Ministerial Direction on Investigative Action Involving Journalists’,” she said in a statement.

“This is a cowardly act. Dutton has announced what he ‘expects’ of the AFP.

“Australians, including journalists, media executives and the public, have demanded guarantees from the Government and all Dutton has given them is window dressing.

“This pithy effort and even more pitiful timing from Dutton is disrespectful to every hard-working journalist in Australia and epitomizes what the Home Affairs Minister thinks of them, the media, and the Australian public.” 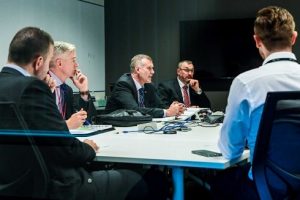 The AFP welcomed the direction, saying it provided more clarity.

“The AFP also welcomes the additional guidance for government departments when referring unauthorized disclosures to the AFP,” it said in a statement.

“The AFP supports press freedom as a cornerstone of a democracy; the media has an important role in today’s society in keeping the Australian community informed.”

In June, police raided the ABC’s Sydney headquarters over a series of stories known as the Afghan Files by investigative journalists Dan Oakes and Sam Clark.

The series revealed allegations of unlawful killings and misconduct by Australian Special Forces in Afghanistan and were based off hundreds of pages of secret Defence documents leaked to the ABC. 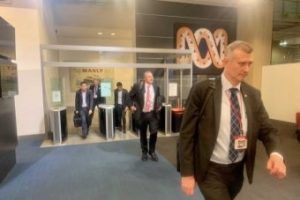 It followed a police search of the Canberra home of News Corp reporter Annika Smethurst, more than a year after she published a story claiming the Government wanted to give more powers to Australian spy agencies.

In a rare show of unity, media bosses have since come together to demand greater protections for whistleblowers and journalists.

They also want the right to contest search warrants reporters’ homes and workplaces, a request strongly rejected by police.

The AFP and the Department of Home Affairs are due to appear next week before a parliamentary inquiry into the impact of law enforcement and intelligence powers on the freedom of the press.