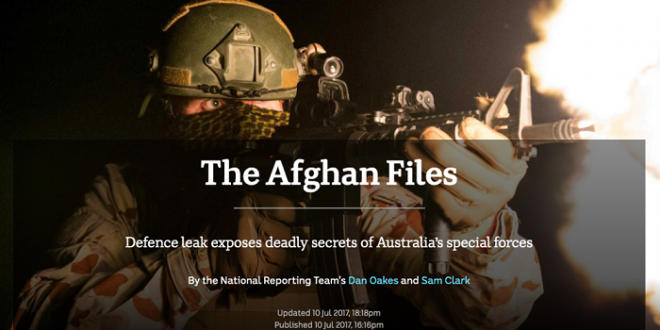 ‘Australian Investigative Journalism being put in same category as criminality’

“JOURNALISM IS NOT A CRIME” 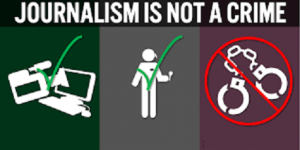 CANBERRA/ SYDNEY: After the raids at home of an Australian journalist and a media outlet neither there is any press freedom nor safety and security of journalists remain in Australia while the value and importance as well as the credibility and impartiality of foreign journalists/ media groups have completely destroyed and the entire credit of this world worst action goes to Australian Federal Police and present government; sources claimed. 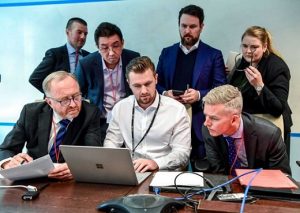 Sources further claimed that a slogan “JOURNALISM IS NOR A CRIME” created and introduced by journalist SJA Jafri (this correspondent) which become the voice of the ‘journalistic world’ two decades ago and was adopted by Australian journalist has lost its weight, importance and value because of some so-called, pay-rolled and Hippocratic persons and media owners while the said journalist has continuously been threatening, harassing and pressurizing to leave Australia because the writings, exclusive news stories and reporting have changed over 40 percent scenario of journalism globally and if the situation remains same, the day is not away when a new morning of revolution would be arrived in Australia too as come in many countries across the world. 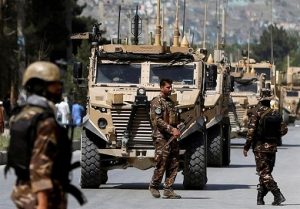 As per a report flashed by ABC News, on April 1, the Australian Federal Police (AFP) wrote an extraordinary letter which could signal a dramatic change in how the media is viewed in this country: it wanted the fingerprints of two senior journalists.

Fingerprints? Given the date of the letter — sent two months before the AFP’s June 6 raid on the ABC’s Sydney headquarters — the two journalists could have been excused for thinking that this was some sort of April Fool’s joke by their colleagues.

But the letter was serious — the AFP wanted finger and palm prints from Dan Oakes and Sam Clark, the ABC journalists who two years earlier had produced stories on the activities of Australian Special Forces soldiers in Afghanistan between 2009 and 2013.

The letter that arrived in the email inbox of the two journalists stated that the AFP was “requesting your consent to a forensic procedure being the copying of your finger and palm prints”. 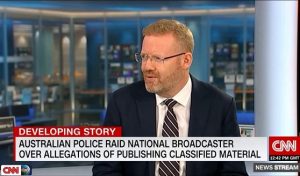 Australian journalism had come to this: two journalists were being treated the same way as someone suspected of breaking into a house.

This was a chilling development — it’s believed to be the first time in Australia that journalists were being asked to provide fingerprints.

But the request by the AFP sits at odds with recent public statements by federal Attorney-General Christian Porter that he would be “seriously disinclined to approve prosecutions except in the most exceptional circumstances and would pay particular attention to whether a journalist was simply operating according to the generally accepted principles of public interest journalism”.

Oakes and Clark were indeed being targeted.

In fact, that “fingerprint letter” specifically stated that both Oakes and Clark were suspects in relation to three alleged offences — one under s79 (6) of the Crimes Act 1914 concerning “the receipt of prescribed information”, one under s73A (2) of the Defence Act 1903 concerning “unlawfully obtaining information,” and another under s132 1 (1) of the Criminal Code. 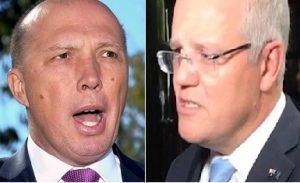 Remarkably, Porter — Australia’s highest law officer — recently suggested that the target of the raids was not the journalists, while the AFP — which ultimately answers to Home Affairs Minister Peter Dutton, who sits at the same Cabinet table as Mr Porter — was telling the journalists they were suspects.

The ABC raid came only 24 hours after the AFP raided the Canberra home of Annika Smethurst, a News Corp journalist  who wrote a story that Australia’s intelligence agencies were debating whether to increase the powers of the Australian Signals Directorate (ASD).

The ASD and some in the Government want to change that — the Smethurst story was a good political story, but certainly no threat to national security. 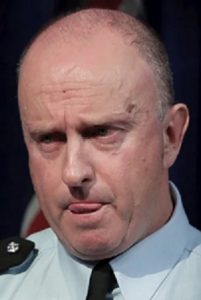 And it was an officer of Mr Dutton’s Home Affairs department who the day of the Smethurst raid contacted 2GB radio broadcaster Ben Fordham to ask him to reveal the source of a story.

Fordham refused to reveal his source.

Mr Porter has since retreated from his suggestion that the journalists were not targets, saying only limited information had been available to him when he made that statement.

He told The Sydney Morning Herald: “Operational investigations are obviously conducted by the AFP completely independently of government, and information about them which may be provided to a responsible minister … comes from the Department of Home Affairs and the AFP.”

The AFP’s acting commissioner Neil Gaughan has made clear the AFP is keeping open its option of charging Oakes, Clark and Smethurst.

That April 1 letter appeared to be part of a 10-month investigation by the AFP to try to build a case against the two journalists for breaking a story which had caused embarrassment to agencies of the Federal Government but posed no threat to national security.

The investigation came to prominence on June 5 when armed AFP officers raided the ABC’s Sydney headquarters and sorted through 9,214 documents and emails which they hoped would help them build their case against the journalists, particularly Oakes.

Oakes was the reporter on the story while Clark was the producer.

These developments appear to be part of a new climate in which journalists and their sources of information, sometimes referred to as whistleblowers, are targeted.

As part of that new climate, journalists in Australia are receiving the sort of treatment previously reserved for criminals and terrorists. 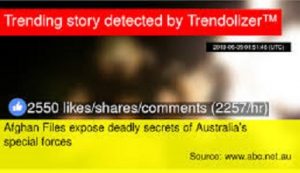 The Sydney Morning Herald recently revealed that the AFP requested from Qantas the travel details of Oakes.

Qantas apparently handed over that information — the ABC has considered whether to lodge a complaint that Qantas breached privacy laws and its own obligations to clients such as the ABC.

Qantas made a public statement that it received numerous requests for information from law enforcement agencies and complied with these requests in accordance with its legal obligations and privacy legislation.

The SMH also revealed that the AFP used national security laws to access the metadata of journalists nearly 60 times in one year.

The effect of recent events is clear.

With fingerprints and flight details of journalists being sought, there’s a strong sense that genuine investigative journalism is being placed by the Federal Government and its agencies in the same category as criminality. 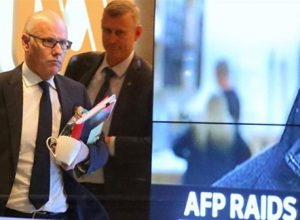 Added to the picture which has already emerged, the ABC can reveal that the day after the ABC raid the AFP was planning to raid the headquarters of News Corp in the Sydney suburb of Surry Hills.

As with the ABC, the AFP had given News Corp 24 hours’ notice that it was coming.

The reason the two organizations were given notice is simple: unlike a house, which the AFP can control and seal off, the headquarters of both News Corp and the ABC are large, complex buildings that AFP officers executing a search warrant would not know how to navigate without guidance.

News Corp, having been told of the imminent raid, set aside a room and blacked it out so that anybody walking by would not see AFP officers going through computers and files.

After a quick public and media backlash against the ABC raid, the AFP decided to put on hold its operation at News Corp’s headquarters.

The search warrant executed on the ABC sought to give power to search for things that may afford evidence as to the commission of a number of offences, including two allegedly connected to Oakes. 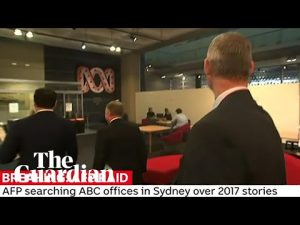 Freedom of the media in a precarious position

But the warrant did not make reference to a possible offence by Oakes under s 79 (6) Crimes Act — this had been referred to by the AFP in a letter to Oakes in September last year.

The significance of this is that the two offences which the AFP has told Oakes that they were investigating do not require consent by the Attorney-General prior to the commencement of a prosecution. 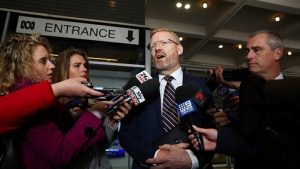 This means that even if Porter was “disinclined” to allow the prosecution of a journalist, the AFP — which answers to Dutton — could continue to push for prosecution regardless.

So precarious has freedom of the media become in Australia, that based on public statements the future of independent journalism could now be caught up in clearly differing positions between Dutton, the Minister for the powerful Home Affairs Department, and Porter, the Attorney-General.

But at the same time that officers who report ultimately to him — the AFP officers who did the raids and the Home Affairs official who pressured Fordham — are executing search warrants and questioning journalists, the highest law officer in the land, Mr Porter, has said he is “disinclined” to see journalists charged.

This is a high-level, and very important, game of intrigue.

Post Views: 7
2019-07-15
admin
Previous HAJ PILGRIMS ASKED TO GET VACCINATED AT ESRA HOSPITAL
Next India delays mission to land a rover on moon