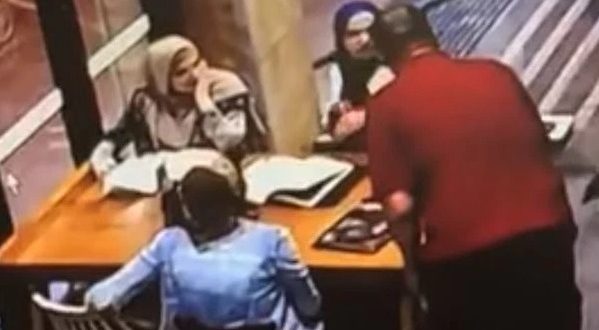 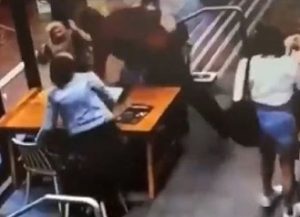 SYDNEY/ MELBOURNE/ CANBERRA: Australia has become 8th (eighth) most dangerous country on earth for Shia Muslims after Pakistan, Saudi Arabia, Afghanistan, India, China, America and France,  whereas, neither both Shia men and women are safe nor their mosques (including Imam-bargahs) and religious gatherings are secured in Australia while, none of one Australian authority (including local police, security forces and other LEAs) is ready to take any action against culprits (a large number of Daesh/ISIS/ISIL/IL activists those have already been reached, established and started their activities against Shia Muslims in Australia) hence, an Imam-bargah situated in Melbourne has already been set on fire, a Canberra-based mobile library/research centre destroyed near Brisbane, three Shia Muslim women were injured in different attacks by White Terrorists and dozens of Shia Muslim men especially young students have either victimized by White Establishment directly or through IS/Daesh activists under the supervision of ‘State Characters’ during the last six years but neither these details have either been published or flashed in local media properly nor the concerned authorities and government officials including ruling party ministers know anything about it even as no one knows about these crimes that have turned Australia into the eighth most dangerous country of the world for Shia Muslims, sources claimed. 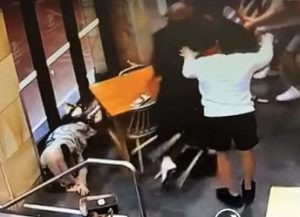 Present and former governments, bureaucracy, political parties and opposition, establishment even Australian judiciary have nothing with Shia Muslims but the most alarming situation is that Shia themselves are either have no strength or powers to take action directly or indirectly against IS or convince Australian government and other concerned LEA’s plus judiciary over this frightening issue because the majority of Shia Muslims in Australia is labour while the remaining is either hand-to-mouth or waste their time in searching suitable jobs or getting some earning to survive there while there are some few Shia Muslims in Australia those have a little strong financial status have either no time to involve in such community’s activities or keep distance with other community members accept on especial religious occasions like ‘Muharram days’ otherwise as a whole the Shia community which arrived in Australia recently or lives there during last 5 to 50 years is not only very weak financially but also treated as more oppressed as was in their own countries, sources, experts and community members themselves revealed.

Meanwhile, a heavily pregnant Sydney woman who was the victim of an alleged racially-motivated attack has called on all Australians to come together to protect innocent people from racial and religious attacks. 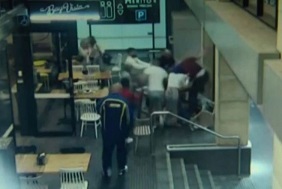 The 38-week pregnant Muslim woman, identified by media reports as Rana Elasmar, 31, was with friends at a Parramatta eatery on Wednesday night when a man approached their table and spoke to them.

The man then allegedly leaned over and punched Ms Elasmar several times in the head and upper body, causing her to fall to the ground as her friends tried to hold him back. He then allegedly stomped on her head.

Ms Elasmar was wearing a hijab and police are looking at Islamophobia as a potential motive. It’s been reported the man made anti-Muslim comments to Ms Elasmar.

Posting publicly on Facebook under the name of Rana Haider, Ms Elasmar, who identified herself as a Muslim, said she has experienced verbal abuse and hate in the past but never thought “physical abuse of this nature could happen to me”.

The verbal abuse was “already too much,” a feeling which Ms Elasmar said the Islamic community shares.

“It is NOT ok. How somebody feels like they have the right to abuse another human being baffles me. It shows a lack of humanity. It shows weakness,” Ms Elasmar said in the post on Friday. 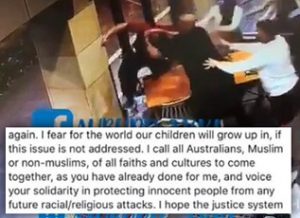 The man who attacked her “verbalized his hatred of Muslims prior to hitting me” but “he neither knows me, nor my religion,” she said.

“I do not want this attack to happen to anyone ever again. I want to see a world where people defend one another against cowardly acts like this and band together to protect the victims.”

“We cannot allow behavior like this to become the norm and sit silent.”

Ms Elasmar suffered a number of bruises and has some swelling. She was taken to Westmead Hospital but was later discharged.

She thanked her friends and members of the public who came to her aid, as well as thanking those who have offered support through social media posts, messages and phone calls.

“The overwhelming support I have received is a reflection that this was a story that many can relate to,” Ms Elasmar said.

“We are mothers, wives, daughters and we deserve to feel safe wherever we go. We deserve a night out to unwind without being fearful of an attack like this happening again.” 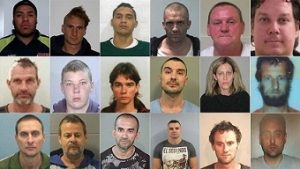 “I fear for the world our children will grow up in, if this issue is not addressed.”

“I call all Australians, Muslim or non-Muslims, of all faiths and cultures to come together, as you have already done for me, and voice your solidarity in protecting innocent people from any future racial/religious attacks.”

The Australian Federation of Islamic Councils labeled the attack “horrific and cowardly” and commended friends and bystanders who stepped in to help – including one who struck the alleged attacker with a chair.

“This was clearly a racist and Islamophobic attack and we expect it to be treated as such,” federation president Dr Rateb Jneid said in a statement on Friday.

The attack came days after a Charles Sturt University report into Islamophobia in Australia prompted fears abuse was spilling into the open.

The report found that of all reported non-online Islamophobic incidents in Australia in 2016 and 2017, more than half occurred in guarded or patrolled areas and security guards did not deter the abuse.

Of 349 total incidents, almost three quarters were carried out against women, while 96 percent of non-online female victims were wearing a hijab. 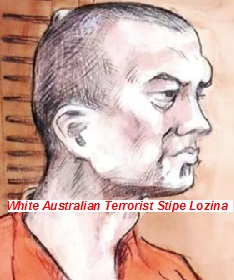 “In the week a report was released outlying the growing incidents of Islamophobia in this country, such an attack is tragic, real-life proof of the dangers that Muslims, and Muslim women in particular, now face,” the AFIC said.

Stipe Lozina, 43, appeared before Parramatta Local Court on Thursday charged with affray and assault occasioning actual bodily harm where he was refused bail to return to court on December 5.