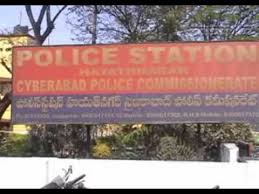 The police said Mothilal committed the crime suspecting her fidelity though an engagement between them took place six months ago. The police solved the mystery of the murder case after five days. Police said Anusha from Kondabheeman Palli village near Deverakonda in Nalgonda district, completed her B.Tech. She was a hard-worker and completed her graduation in Engineering though she didn’t have her father.

Anusha came to Hyderabad for a government job and completing higher education. She completed her Engineering course staying at her sister’s house. She fell in love with one Mothilal from Nagarkurnool district. The elders of the two families accepted their love and performed engagement too. But, Anusha made it clear that she would get married only after getting a job. In the process, she came to her sister’s house located at Mithalingar in Hayathnagar mandal and murdered.

Mothilal committed Anusha’s murder with a perfect plan. Mothilal told her that he will recommend her to get a job in a private firm to her and asked her to stay in the night at her sister’s residence and killed Anusha at the same residence. Police arrested Mothilal today after thorough interrogation. Mothilal admitted that he killed Anusha doubting her fidelity. Anusha was behaving differently towards him for the last few days and she was chatting with many friends, including his friend also. He committed crime when he pulled her on chatting with his friend leading to rift between them.