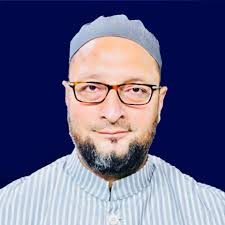 Hyderabad,  : The All India Majlis-e-Ittehadul Muslimeen (AIMIM) on Saturday said it will request the Telangana Assembly Speaker to grant the post of Leader of the Opposition to the party in the House.

Party chief Asaduddin Owaisi said they would meet the Speaker and urge him to give AIMIM the post of the LoP as it had become the second largest party in the state Assembly.

This followed the merger of 12 MLAs of the Congress party with the ruling Telangana Rashtra Samithi (TRS) on Thursday.

AIMIM has seven MLAs. Its leader in the House is Akbaruddin Owaisi, younger brother of Asaduddin Owaisi.

Addressing an Eid Milap programme, Asaduddin Owaisi said his party would write a “new history” by getting the post.

He said he does not agree that a party which has only 10 per cent of the strength of the House should get the post.

He said in the 70-member Delhi Assembly, the BJP was given the LoP post though it had only three members.