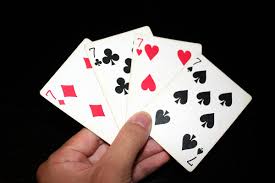 Police said the absconding organizers booked a room in the Marriott Hotel and allowed punters to play the game and collected Rs 3,000 per each game. They also provided liquor, hookah smoking and other facilities to the punters. On a tip-off, the Task Force teams raided on gambling room in the hotel and nabbed 36 persons. The accused were handed over to the Gandhi Nagar PS.