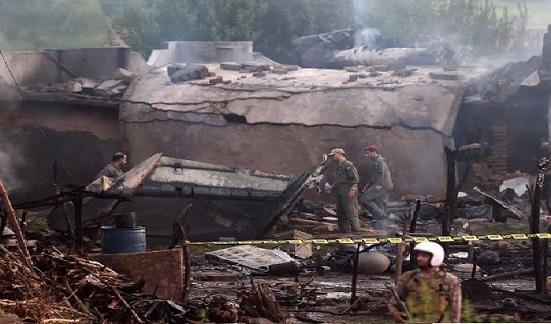 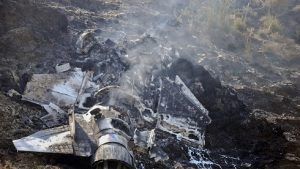 ISLAMABAD: A Pakistani military aircraft on a training flight crashed in a built-up area in the city of Rawalpindi, killing all five crew members and 12 civilians, a statement from the army’s communications wing said on Tuesday.

Another 12 civilians were injured in the crash which set off a fire in the city. Rescue teams were at the scene and extinguished the fire, the statement said.

The type of plane was not immediately clear. 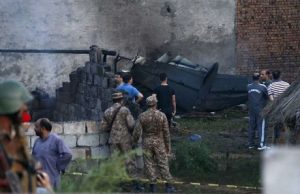 In a statement, the military said five soldiers were among those killed in the plane crash.

The military gave no details about the cause of the crash and only said an army aviation aircraft was on a routine training flight when the plane went down in the village of Mora Kalu on outskirts of Rawalpindi. TV footage showed fire erupting in the residential area butt said a rescue operation was still ongoing. An eyewitness at scene of the crash saw a burning house and some makeshift homes.

Rescue officials say the plane suddenly lost control with the tower and reason for the incident was not known. (Int’l News Desk)