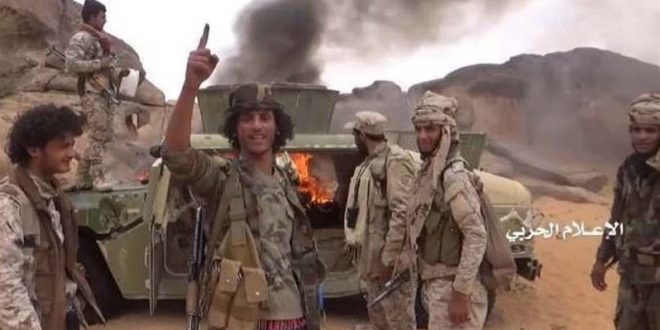 SANA’A/ RIYADH: Yemen’s armed forces and allied Popular Committees have taken full control of a vital area near the Saudi Arabian border in the northern province of Hajjah. 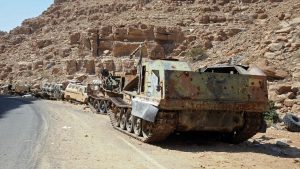 Yemeni fighters took control of al-Hathera neighborhood in the Harad district on Thursday, after exchanging heavy gunfire with Saudi-sponsored militants, according to Yemen News Portal website.

According to the sources, Yemeni army personnel and fighters from the Popular Committees also took control of a military camp in the area that housed Saudi mercenaries of Sudanese origin.

The development came a day after Yemeni forces fired ballistic missiles at a military base of the Saudi Arabia-led coalition in Hajjah province, killing 10 Sudanese soldiers.

“The missiles struck the units of Sudanese troops, who are part of the Saudi-led coalition, in Hajjah province near the border with Saudi Arabia,” a local military source said on condition of anonymity.

“A total of 10 Sudanese soldiers were killed and more than 25 others injured in Hajjah’s district of Midi.” 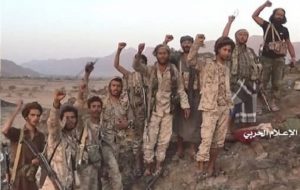 Saudi airplanes carried out eight air attacks against the Harad district in Yemen’s northwestern province of Hajjah, according to Yemen’s al-Masirah television network. The Hayran district was also bombarded by Saudi jets.

Six airstrikes were also conducted on the al-Ajasher desert area, which is near to Saudi Arabia’s southern region of Najran. There were no immediate details on potential casualties or the scope of the damage.

Saudi-led fighter jets also conducted four raids on the al-Jubah and Wadi al-Ubaidah districts of the central Yemeni province of Ma’rib, in addition to four aerial assaults on an area in the At Tuhayat district of the western province of Hudaydah.

Saudi Arabia launched the devastating war against Yemen in March 2015 in collaboration with a number of its allies and with arms and logistics support from the US and several Western states. 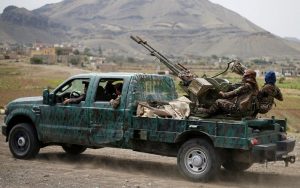 Ansarullah resistance movement, which has been running state affairs in the absence of an effective government in Yemen.

The war has stopped well shy of all of its goals, despite killing hundreds of thousands of Yemenis and turning the entire country into the scene of the world’s worst humanitarian crisis.

Yemeni forces have continued to grow stronger in the face of the Saudi-led invaders, advancing toward strategic areas held by Saudi-led mercenaries, including Ma’rib province, and conducting several rounds of counterstrikes against Saudi Arabia and the UAE in recent months. (Tasnim News)