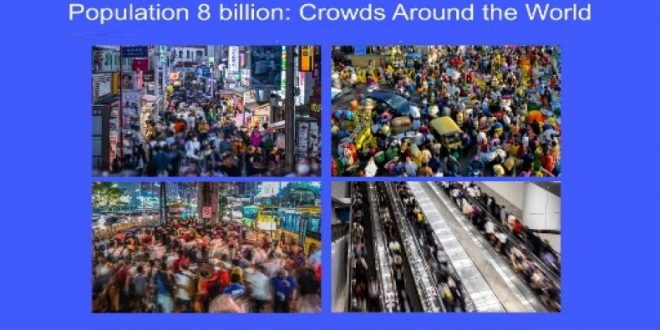 Reaching eight billion people is “a sign of human success, but it’s also a great risk for our future,” said John Wilmoth, the director of the UN’s population division on Tuesday.

Middle-income countries, mainly in Asia, accounted for most of that growth, gaining some 700 million people since 2011. 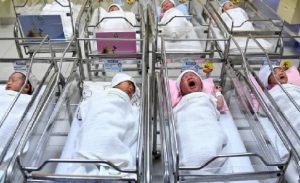 India added about 180 million people and is set to surpass China as the world’s most populous nation next year.

Births have been steadily declining in the United States, Europe, and Japan. China, too, has struggled with the legacy of its One Child Policy program and last year urged families to have a second and even third child as it also limited access to non-medical abortions but some of the world’s poorest countries, most of which are in sub-Saharan Africa, witnessed spikes in population as a result of higher fertility rates, putting their development goals at risk.

“The milestone is an occasion to celebrate diversity and advancements while considering humanity’s shared responsibility for the planet,” UN Secretary-General Antonio Guterres said in a statement.

The global population has increased eight-fold since 1800, from an estimated one billion to eight billion, largely due to the development of modern medicine and the industrialization of agriculture, which boosted global food supplies.

The development of vaccines was key, especially the smallpox jab which helped to eradicate one of the world’s biggest killer diseases.

While some worry that eight billion people is too many for the planet, most experts say the bigger problem is the overconsumption of resources by the wealthiest people. 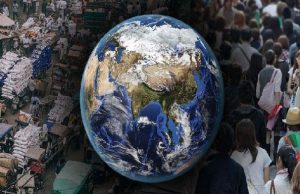 “Some express concerns that our world is overpopulated,” said UN Population Fund chief Natalia Kanem. “I am here to say clearly that the sheer number of human lives is not a cause for fear.”

Carbon emissions of the richest 1 percent, or about 63 million people, were more than double the emissions of the poorest half of humanity between 1990 and 2015, according to a 2020 analysis by the Stockholm Environment Institute and non-profit Oxfam International.

Whether it is food or water, batteries or gasoline, there will be less to go around as the global population adds another 2.4 billion people by the 2080s, according to UN projections.

“Every single person needs fuel, wood, water, and a place to call home,” said Stephanie Feldstein, the population and sustainability director with the Center for Biological Diversity.

Resource pressure will be especially daunting in African nations, where populations are expected to boom, experts say. These are also among the countries most vulnerable to climate impacts and most in need of climate finance. 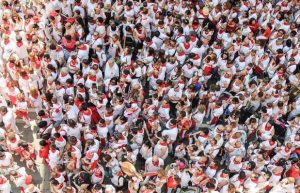 How many is too many?

The eight billion population milestone represents one billion people added to the planet in just the last 11 years.

The latest UN projections indicate that the world’s population could grow to about 8.5 billion in 2030 and 9.7 billion in 2050.

Yet even while the global population reaches new highs, demographers note that the growth rate has fallen steadily to less than 1 percent per year. This should keep the world from reaching nine billion people until 2037.

The UN projects population will peak at about 10.4 billion people in the 2080s and remain at that level until 2100.

More than half of the projected increase in the global population up to 2050 will be concentrated in eight countries: the Democratic Republic of the Congo, Egypt, Ethiopia, India, Nigeria, Pakistan, the Philippines and the United Republic of Tanzania. Countries of sub-Saharan Africa are expected to contribute more than half of the increase anticipated through 2050.

“A big part of this story is that this era of rapid population growth that the world has known for centuries is coming to an end,” Wilmoth said. (Int’l News Desk)