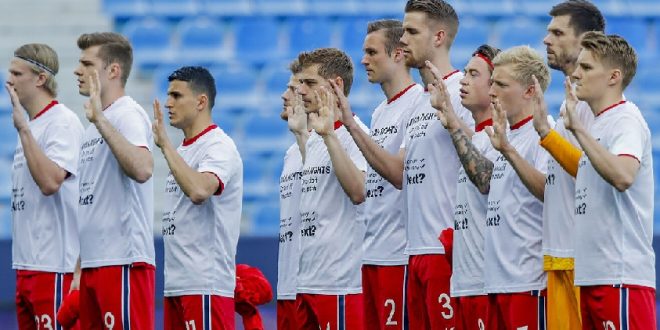 DOHA: The moment Qatar has been waiting for since 2010, the 2022 FIFA World Cup is ready for kickoff but ahead of Sunday’s opening game, the excitement is palpable across the Gulf nation. 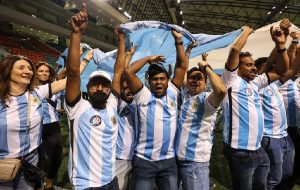 “I see more and more new faces on the street every day,” Bernard Wanjiku, a shop owner from Kenya, told media at his Africa-focused outlet in the old, bustling neighborhood of Mansoura.

From African clothes and accessories to beauty products, Butterfly Beauty Shop claims to have it all. The shop has undergone a mini-transformation to match the occasion. Wanjiku is now selling football flags, stickers, badges, wigs and jerseys and looks pleased with how business is doing.

“When I started selling flags, Argentina, Brazil and Qatar were the most popular countries,” he shouts over the sound of World Cup anthems blaring from his radio.

“Now there is a sudden demand for African flags and jerseys. Ghana, Senegal and Morocco are the most popular. In fact, I have almost run out of Ghana flags,” he adds holding up one of the last remaining flags of the Black Stars.

Mansoura is home to lower to middle-income communities from Africa, South Asia and the Philippines. The area has 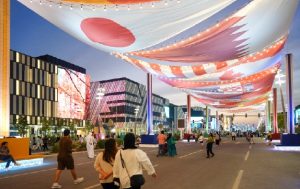 gone through a recent transformation with the introduction of a metro station, construction of new shops and residential buildings, and roadworks.

Given its central location, Mansoura is a few metro stops away from several World Cup stadiums. Stadium 974 is the closest at six kilometres away, a mere 10-minute drive or three stops on the metro.

Taxi drivers stop for a quick one-riyal cup of karak, while many of the mainly South Asian youth relax at street corners – and make World Cup predictions after a hard day’s work. It is a vibrant, multicultural neighbourhood.

All the action in downtown Doha

Musheireb, the oldest district in the capital Doha, and home to the first fully lit street in the country, is now a sparkling clean new downtown area.

Single-storey mud houses, baqaalas (corner shops) and restaurants dating back to the 1970s once stood here but narrow streets clogged with traffic are a thing of the past. They have been replaced with a purpose-built tram system and tall buildings that house five-star hotels and high-end restaurants. 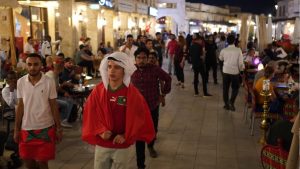 The construction and refurbishment that began after Qatar won the hosting rights to the World Cup came to an end a few weeks ago. Last-minute fixes and paint jobs in hotels and museum buildings indicate that the finishing touches are still under way.

Fans who come to the new Musheireb Downtown area can expect to catch all the football action on big screens, delve into Qatar’s history with exhibitions and screenings about its history, cheer on the home team at al-Annabi Village which hosts immersive experiences and exhibitions tracing Qatar’s football history, or admire the various art and culture exhibitions including Frida Kahlo Immersive Biography and Forever Valentino, a tribute to the Italian fashion house.

A less-than-kilometre walk across Musheireb takes you to Souq Waqif which has long been the central and most popular tourist hub in Doha. Now, it has turned into a 24-hour party zone teeming with fans from across the world. (Int’l News Desk)