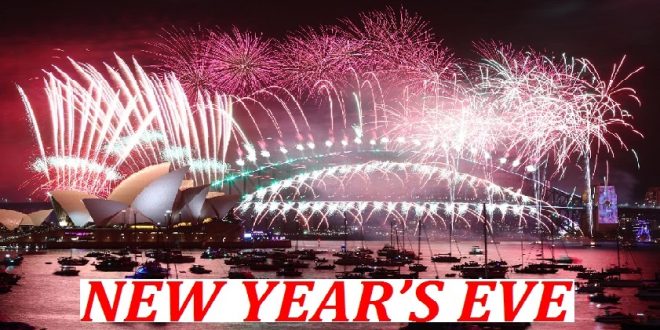 WELLINGTON/ MELBOURNE/ LONDON/ PARIS/ NEWYORK: New Year celebrations are in full flow in many parts of the world where 2023 has already arrived. 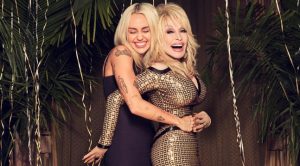 The Pacific nation of Kiribati was the first to welcome in the New Year, followed by New Zealand an hour later – and thousands gathered in Sydney for the Australian city’s renowned fireworks display.

Later, as the New Year swept west through Europe and Africa, more cities welcomed 2023 with large crowds, fireworks, concerts and parties but there’s plenty still to come, with the whole of north and South America set to mark the start of the New Year.

Sydney’s iconic harbour saw the New Year in as 2023 began in Australia.

In the London, Big Ben fired the starting gun for a spectacular display that included a tribute to the late Queen

In Edinburgh, huge crowds filled the streets for the city’s world famous Hogmanay party – back for the first time in three years

11 hours earlier, Sydney put on a spectacular display as ever, with fireworks launched from its Harbour Bridge and Opera House 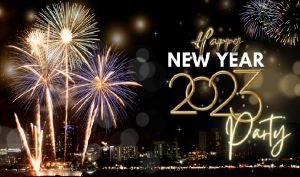 Russia and Ukraine have marked the start of 2023 – Putin by raising a glass surrounded by soldiers, and Zelensky by thanking Ukrainians for the war effort

Later, the traditional Times Square event in New York will return to full capacity after two years of reduced festivities

With just over an hour to go, crowds are gathering for celebrations in Times Square.

In the lead up to midnight, revelers have already enjoyed a performance from Jax.

Then, to mark the beginning of 2023, partygoeres will watch the world-famous ball drop.

Celebrations begin in South America – Happy New Year to Argentina, Paraguay, Chile and most of Brazil.

Next up in an hour are a few more countries in South America, including Bolivia, Venezuela, and a bit more of Brazil, as well as the beginning of Canada. 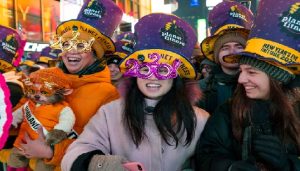 Skylines around the world have been lit up by fireworks and bright lights as the New Year swept west around the globe.

There are still many more places waiting to celebrate – but here are some of the top moments so far.

During this brief lull in the fireworks around the world, it’s worth re-visiting the celebrations a few hours ago in China.

People gathered in large crowds, making the most of recently-lifted COVID restrictions after years of strict rules.

It comes after riots and protests in various areas over the continued restrictions – until recently China had followed a zero-COVID policy, in contrast to much of the rest of the world.

Some were reportedly angry to see the crowds at the football world cup in Qatar, while they faced continued restrictions at home but police in the city of Wuhan, where the pandemic began, tried to disperse the crowds of tens of thousands of people who gathered.

New Zealand was among the early nations to hold its New Year’s Eve celebrations and welcome in 2023. (Int’l News Desk)