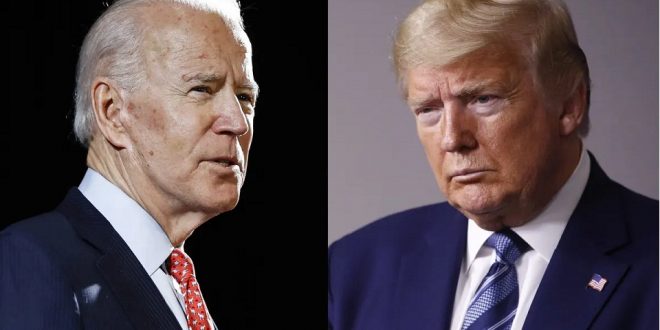 Will not transfer power to Biden if he loses: Trump

WASHINGTON: US President Donald Trump said he would not allow a peaceful transfer of power to Democratic rival Joe Biden if he (Trump) loses the November 3 election, saying that he expected the election battle to end up before the Supreme Court. 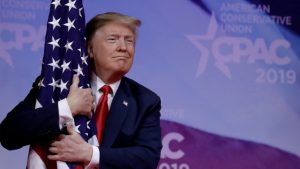 “We’re going to have to see what happens,” Trump, a Republican, told reporters at the White House when asked whether he would commit to transferring power.

The president, who trails Biden in national opinion polls, has repeatedly cast doubt on the legitimacy of the election, asserting without evidence that mail-in voting would lead to fraud and a “rigged” outcome.

“The ballots are a disaster,” Trump said.

Democrats have encouraged voting by mail as a way to cast ballots safely during the coronavirus pandemic. Millions of Americans, including much of the military, have cast absentee ballots by mail for years without problems.

In 2016, Trump also raised questions about whether he would accept the results of the election. He went on to win the presidency.

Biden, speaking to reporters in Delaware, said Trump’s comments on the transition of power were “irrational.” 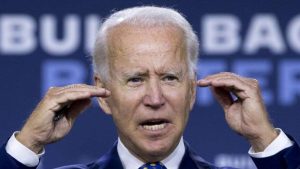 His campaign said it was prepared for any “shenanigans” from Trump, and reiterated comments from July that “the United States government is perfectly capable of escorting trespassers out of the White House.”

Mitt Romney, a rare Trump critic among Republican senators, said on Twitter: “Fundamental to democracy is the peaceful transition of power; without that, there is Belarus. Any suggestion that a president might not respect this Constitutional guarantee is both unthinkable and unacceptable.”

‘Will be before Supreme Court’

Trump, who is moving quickly to nominate a successor to liberal Justice Ruth Bader Ginsburg, who died on Friday, said earlier on Wednesday he thinks the election “will end up in the Supreme Court and I think it’s very important that we have nine justices.” Trump plans to announce his nominee on Saturday. 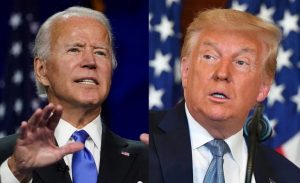 A Senate confirmation vote before the election would seal a 6-3 conservative majority on the court, potentially spelling trouble for Democrats should it be called on to decide any legal dispute over the results of the election.

“This scam that the Democrats are pulling, it’s a scam, the scam will be before the United States Supreme Court, and I think having a 4-4 situation is not a good situation,” Trump said.

Only one US presidential election, the 2000 contest between Republican George W. Bush and Democrat Al Gore, has had its outcome determined by the Supreme Court.

Earlier, in Charlotte, North Carolina, where he was campaigning, Biden said Republicans were “violating the essence” of what the country’s founders had intended in quickly seeking to fill the Supreme Court seat.

“This is an abuse of power of what they’re doing, and I think we should focus on what this is going to mean for healthcare,” Biden said, suggesting such a conservative majority could roll back abortion rights and the Obamacare healthcare law.

Trump has already appointed two conservatives to lifetime posts on the court, Neil Gorsuch in 2017 and Brett Kavanaugh in 2018. Supreme Court appointments require Senate confirmation, and Republicans hold 53 of the chamber’s 100 seats.

Senate Majority Leader Mitch McConnell has said he intends to act on any nomination Trump makes. Democrats accuse McConnell of hypocrisy, pointing out he refused to have the Senate even consider Democratic President Barack Obama’s nominee to fill a vacant Supreme Court seat in 2016 because it was an election year. (Int’l Monitoring Desk)