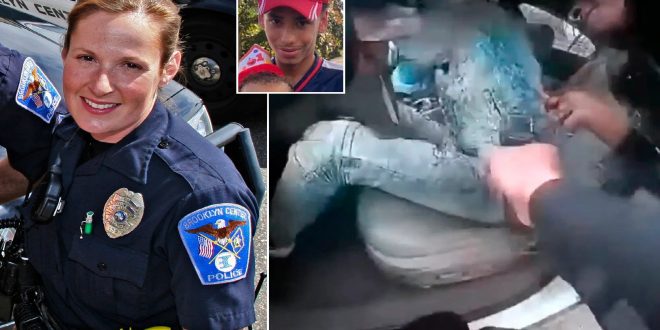 MINNEAPOLIS: The Police Chief of the city where a black motorist was killed has resigned along with the officer who shot him.

She says she mistook her gun for her Taser as he tried to escape arrest.

It happened in a suburb of Minneapolis, a city already on edge for the ongoing trial of an ex-police officer accused of murdering George Floyd last year.

Speaking to reporters on Tuesday, Brooklyn Center Mayor Mike Elliott said that he had appointed 19-year veteran Tony Gruenig to take over for Tim Gannon.

On Monday, Gannon had said that the shooting of Wright appeared to be an “accidental discharge” after Mrs Potter mistook her service pistol for a stun gun.

“I appreciate the officer stepping down,” the mayor said, adding that he hoped her leaving would “bring some calm to the community”. 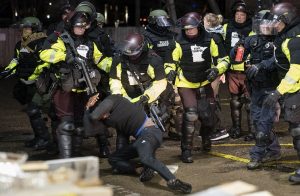 A victory for protesters in Brooklyn Center

Upon hearing the news that the police officer who shot Daunte Wright had resigned, along with the police chief, Amber Young, a food services coordinator at a Salvation Army in Minneapolis, says she had two reactions.

She was glad but felt the announcement should have come sooner.

Standing outside the Brooklyn Center police department, she described how upset she has been with the actions of the police.

“She should have been fired,” says Young, referring to the police officer. “Her resignation should not have come before [that].”

When it comes to the police chief, Young says, simply: “I’m glad he’s gone. He showed no concern for the community.”

She was one of the few protesters at the police department on Tuesday, standing in the wind, as ice and rain whipped around her.

The police officers who were guarding the premises had also dwindled in numbers on this chilly day. After a moment, Young herself turned around to leave. Still, she says she will return at night.

Like many of those who have come here to express their anger at the police, she is determined to get her message across. For them, the departures of the police officer and the chief are an important step but Young and others are demanding a complete overhaul of the police department, and say they will be back.

Wright was pulled over for an expired tag on his car license plate. Family members and advocates say he was racially profiled. 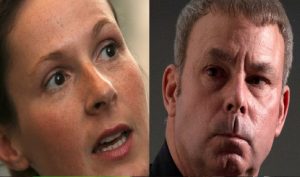 Police released body camera footage on Monday showing Wright fleeing from officers after they told him he was being arrested for an outstanding warrant.

As Wright re-enters his car, Officer Potter is heard shouting “Taser” several times before firing a shot, apparently by mistake.

In a one-sentence resignation letter to city officials. Potter wrote that she “loved every minute of being a police officer… but I believe it is in the best interest of the community, the department, and my fellow officers if I resign immediately”.

Wright’s father, Aubrey Wright, told ABC News that he does not believe that Potter, a 26-year police veteran who trained other officers – mistook her gun for her Taser.

Post Views: 134
2021-04-14
admin
Previous Biden to withdraw US troops from Afghanistan by Sept 11
Next ‘Israeli ship attacked off UAE coast’ 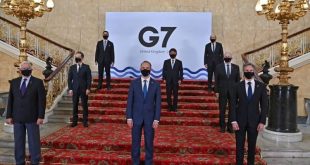