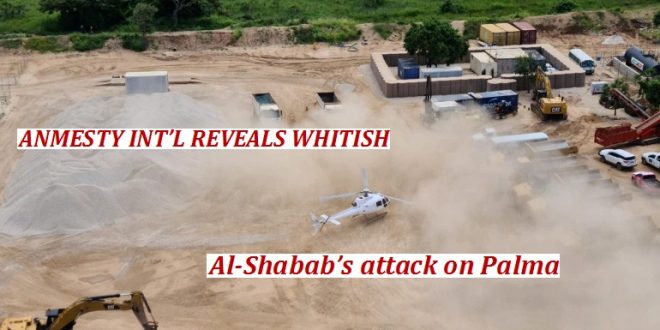 MAPUTO/ PALMA/ LONDON: One of the world’s most believable Pakistan based English daily newspapers namely Messenger and a most credible news website www.pressmediaofindia.com (Press Media of India/ PMI) have always been reporting that neither the “Whitish” have nothing to do with “Blackish” nor they have time to do anything except themselves even to think, see or consider non-Whitish like unfaithful animals while many other bad practices, immoral doings, unethical values, illegal acts and anti-Islamic, anti-Whitish, anti-Muslim and now anti-Asian actions especially “White Terrorism, White Terrorists, biasness, ethnicalism and sectarianism” of “White People” have also been highlighting by both said media outlets during the last thirty (30) years plus it has clearly  who had created anti-Shia terrorists and organizations (including ISIS, ISIL, Daesh, IS, al-Qaeda, LeJ, JeI, Boko Haram, SSP, TTA, TTP and other types of Taliban), launched, financed, facilitated, supported, sheltered, trained, shifted & moved and saved them, who are “White People”, what are their targets, where they live, what are their habits and practices, what they want and how much they are greedy, selfish, opportunist, inhuman and wild and now the time has come to proof it, how, when and where they use “Black People” across the world, sources claimed. 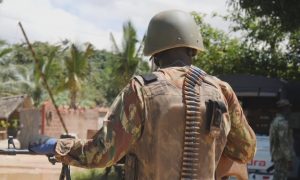 According to Amnesty International (AI), white contractors were prioritized for evacuation ahead of Black locals during a rescue operation following an attack in March by an armed group known locally as al-Shabab (anti-Shia/ pro-ISIL armed group) on the Mozambican town of Palma.

In a report compiled from interviews with 11 Black survivors, Amnesty on Thursday charged that even dogs were pulled to safety before Black people by a helicopter that airlifted civilians from a hotel where they had sought refuge.

Dyck Advisory Group (DAG), a South Africa private company hired to help the Mozambique government fight the armed group and which was involved in the rescue operation, rejected the allegations.

DAG founder Lionel Dyck told media in a texted response that the allegations were “not at all accurate”, promising to issue a statement later.

Some 200 people, mainly civil servants and foreigners working on a nearby gas project, sheltered in the Amarula Palma Hotel during the attack on Palma that began on March 24.

Amnesty said there were about 20 white workers among the group holed up in the beachfront hotel. 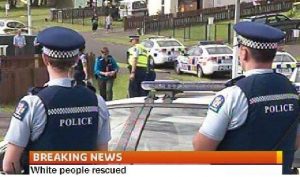 Deprose Muchena, the rights watchdog’s regional director for east and southern Africa, said “these are alarming allegations that the rescue plan was racially segregated.”

“Abandoning people during an armed assault simply because of the color of their skin is racism, and violates the obligation to protect civilians,” he said, adding that for the hotel manager to “choose to rescue his dogs instead of people are also extremely shocking”.

One survivor told Amnesty that “we didn’t want all white people to be rescued, because we knew that if all the whites left, we would be left there to die. We heard them talking about the plan to take all the whites and leave” the Black people but a white survivor, South African Wesley Nel, whose brother died in the attack, denied the discrimination claims.

“I was there. We all were abandoned black and white,” tweeted Nel, whose brother Adrian Nel was dead during a deadly ambush of a convoy of cars trying to flee from the hotel, “but it was us ‘white’ people who saved 150 locals by driving us all out of there,” he wrote on Twitter following the publication of the report.

Several witnesses also told Amnesty the hotel manager took advantage of the chaotic situation to take his two German-Shepherd dogs to safety via helicopter, leaving people behind. The helicopters could only transport six people at a time, and made a total of four trips, the rights group said.

“If the dogs hadn’t gone, about two or three more people could have gone on the helicopter,” one survivor said. “That dismayed people because some women didn’t get in the helicopter because of the dogs.”

Twelve decapitated bodies were found strewn in front of the hotel days after the attack, according to the army and private security sources.

The attack on Palma left dozens of Mozambicans and foreigners dead, according to the government, and displaced tens of thousands.

It marked a major intensification in a conflict that has wreaked havoc across Cabo Delgado province for more than three years.