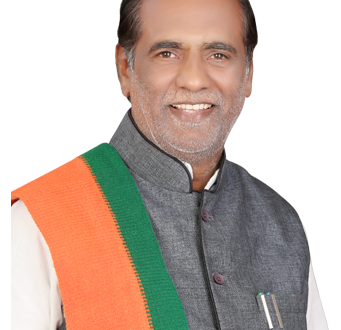 Hyderabad, Dec.18 (press media of india-Shoulat): BJP Rajya Sabha MP Dr. K. Laxman said that they want simultaneous elections to the state assembly and Lok Sabha in the state.  Targeting CM KCR, he alleged that the CM was not making efforts to receive funds from the central government and crying that the state was not receiving funds from the central government. He asked the CM as to where did the money his government earned the sale of government lands go?  He alleged that the CM was now trying to take fresh loans in order to burden the people of the state further.

He also alleged that the CM was not giving respect to prime minister Narendra Modi and Union Ministers He claimed that KCR was now talking about his national party as he failed to fulfill the promises made to the people of the state after giving VRS to his erstwhile TRS party. He termed the constitution of the BRS party to an utter Flop cinema. (PMI)