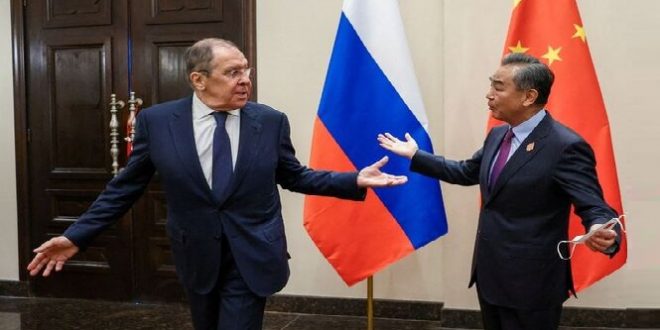 NUSA DUA, INDONESIA: G20 foreign ministers head to a joint summit on Friday that will put some of the staunchest critics of Russia invasion of Ukraine in the same room as Moscow’s top diplomat, in the first such meeting since the war started in February. 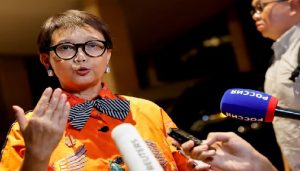 The buildup to the gathering on the Indonesian island of Bali has been dominated by the war and its impact on the global economy, with top officials from Europe, the United States and Australia stressing there will be no “business as usual” at the forum, without saying what that might entail.

Russia’s invasion has cast a cloud over Indonesia’s presidency of the Group of 20 largest economies this year, with speculation of boycotts from some members and a walkout in April at a finance ministers’ meeting in Washington.

Indonesia’s Foreign Minister Retno Marsudi late on Thursday said it was important for the host to “create an atmosphere that’s comfortable for everybody” and the G20 was an opportunity for progress.

“This is the first time, since February 24, all major players are sitting in the same room,” she said, referring to when the start of the Russian invasion.

A senior US State Department official on Thursday said it was important to prevent “disruptions or interruptions” to the G20 agenda, while ensuring nothing took place that could legitimize Russia’s “brutalizing” of Ukraine. 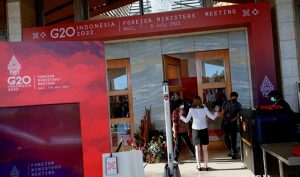 Australian Foreign Minister Penny Wong on Thursday described Russia’s actions as “illegal, unjust and immoral”, a position she would make clear at the forum.

Japan would also raise its concerns about the war, a Japanese government official said, adding it was talking with like-minded countries but no decision had been made about a walkout over Russia.

Russia’s invasion, which it calls a “special military operation”, has caused major disruption to the global economy, with a blockade on Ukrainian grain and sanctions on Russian oil and gas driving a food crisis and a global spike in inflation.

Russian Foreign Minister Sergei Lavrov met Chinese counterpart Wang Yi in Bali on Thursday, during which he praised Beijing but lashed out at an “openly aggressive” West. (Int’l News Desk)