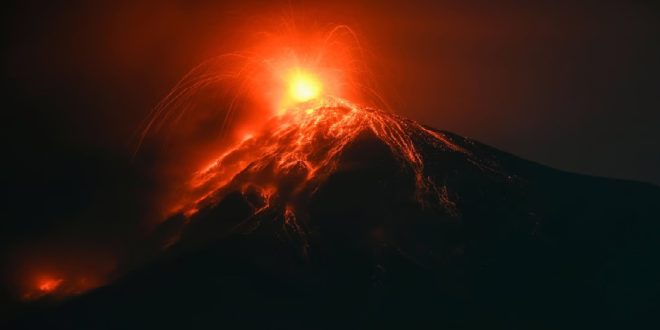 ANTIGUA/ GUATEMALA: One of the most active volcanoes in Central America has erupted again, spewing lava and ash and forcing authorities in Guatemala to close a major road on Sunday. 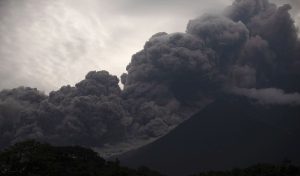 The volcano named Fuego, Spanish for fire, rumbled into activity overnight Saturday into Sunday, with molten rock oozing down its slopes and ash belching two kilometers (more than a mile) into the sky.

A road that goes south from central Guatemala has been closed as a precaution, said Carlos Aquino, a spokesman for the highway police.

The volcano is about 16 kilometers (10 miles) from Antigua, the country’s picturesque former capital and biggest tourist attraction.

Authorities are monitoring the volcano and so far no one has been evacuated, said Rodolfo Garcia, a civil protection spokesman.

Wind might push the ash plume toward Guatemala City, which is 35 kilometers away, he said. 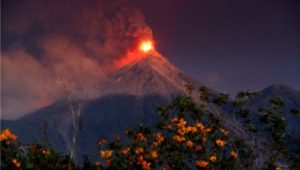 In 2018, the Fuego volcano sent rivers of lava pouring down its sides, devastating the village of San Miguel Los Lotes, killing 215 people and leaving a similar number missing.

Guatemala boasts two other active volcanoes Santiaguito in the west of the country and Pacaya in the south.

Guatemala’s Fuego volcano erupted on Sunday, releasing a huge plume of ash and smoke into the air.

The volcano overlooks the tourist city of Antigua, and is one of the region’s most active volcanoes.

In June 2018, almost 200 people were buried by volcanic ash and mud during a violent eruption of Fuego. (Int’l Monitoring Desk)