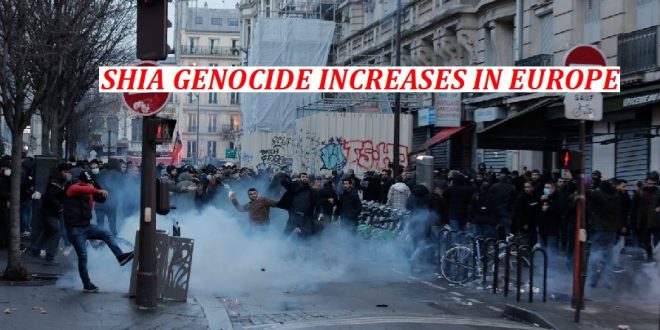 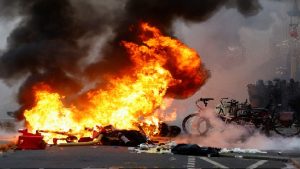 far left and right groups have not only been involving in kidnapping, torturing, abusing, killing, attacking and genocide of Shia Muslims across the world especially in Pakistan, Iran, Iraq, Syria, Lebanon, Afghanistan, Kingdom of Saudi Arabia (KSA), Nigeria but the same situation is increasing in America, Europe and Australia as claimed, reported, highlighted, flashed and focused by PMI but neither the above western countries nor none of one international forum including UNO did take any action against terror organizations even no global human right NGO or batch raised any voice against them. According to the reports, a gunman killed three people at a Kurdish cultural centre and nearby Kurdish cafe in central Paris on Friday, prompting violent protests in nearby streets as night fell.

Multiple gunshots were fired on Rue d’Enghien at about midday, creating panic on a street lined with small shops and cafes in the French capital’s busy 10th district. 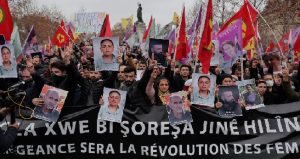 All three of those who died were Kurdish, a lawyer for the Kurdish cultural centre told media. Three others were wounded, one of them with life-threatening injuries.

Riot police fired teargas as darkness descended to drive back an angry crowd gathered a short distance from the scene of the shootings as projectiles were thrown at officers, rubbish bins and restaurant tables overturned and cars damaged.

Authorities said they had arrested a 69-year-old man, who Paris prosecutor Laure Beccuau said had recently been freed from detention while awaiting trial for a sabre attack on a migrant camp in Paris a year ago. He was convicted in June of committing violent acts with a weapon in 2016, and had lodged an appeal.

Media not immediately able to contact legal representatives for the suspect.

Images broadcast on French news networks on Friday showed a white man, a French national, wearing a grey top and scruffy white trainers being led away from the scene, his hands cuffed behind his back. 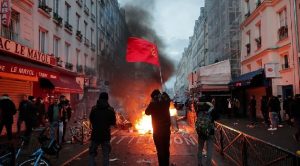 Eyewitness Mehmet Dilek told media he first heard gunshots and then cries from inside a barber’s shop opposite the cultural centre. Bystanders subdued the gunman as he reloaded, he added.

“It might be shocking for someone who has never had a worry in their life. But we grew up under the threat of arms and bombs, this is how life is for us Kurds,” he continued.

The shootings were a “terrible drama”, district mayor Alexandra Cordebard told reporters. One of those wounded had suffered life-threatening injuries, she said.

Kurdish leaders called for better protection for their community, a theme for Kurds in France since the high-profile killings of three Kurdish women a decade ago.

“Kurds, wherever they live, should be able to live in peace and security,” Paris Mayor Anne Hidalgo said on Twitter. “Now more than ever, Paris is by their side in these dark times.”

Julien Verplancke who works at another local restaurant, Chez Minna, said staff from the Kurdish restaurant emerged from the premise in tears after the shooting. 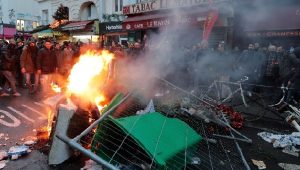 An investigation has been opened into murder, manslaughter and aggravated violence.

Salih Azad, a prominent figure from the Kurdish community in Marseille, said he knew one of the victims, a 26-year-old woman who had lived in Paris for several years.

“She was well integrated socially and culturally,” he said.

PMI is the only media outlet across the world that has been focusing on human rights violations especially world’s most oppressed Shia community during last almost thirty two years while approximately 73 percent global peace is still saved by the reporting of PMI as claimed by sources, victims, experts, aggrieved persons and impartial analysts.

Share
Previous Overall crime rate in Rachakonda has increased by around 19%’ Conviction rate of 59 %’ While murders came down by 29%,; CP Mahesh Bhagwath IPS
Next ‘Burkina Faso has no grounds to expel envoy’