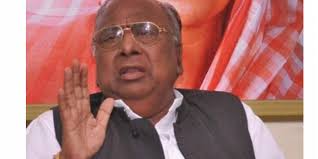 VH tells CM not to speak like a despot

admin August 11, 2017 Hyderabad, Top News Comments Off on VH tells CM not to speak like a despot 487 Views 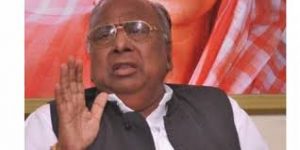 Speaking to the media at Gandhi Bhavan here on Friday, VH said there was no need for IT Minister KT Ramarao to console Nerella victims, who were undergoing treatment in Hospital. He also ridiculed the government for suspending a sub-inspector leaving the Superintendent of Police, who acted as a man eater in Nerella. He also faulted the ruling party for blaming the Opposition parties, who were raising voice over the torture of victims.

He also asked the State government as to why it failed to take action against lorry driver and owner, who were responsible for death of a person pf Nerella. He demanded that the State government suspend the SP of Sircilla district and pay Rs 20 lakh ex gratia to the families of deceased persons and Rs 5 lakh to those who underwent police torture.

Alleging that Telangana State has turned a haven for boozers and sand mafia, VH said the Congress leaders were not tourists like KTR, who came from London. He demanded that the State government file SC, ST Atrocities case against KTR. VH also threatened that he would go on Deeksha at Nerella if the government failed to initiate action against the SP by August 30.