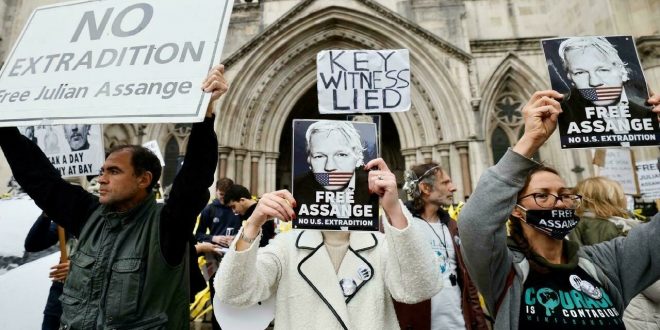 US wins appeal over extradition of WikiLeaks founder Assange

NEW YORK/ LONDON: The United States government has won an appeal at Britain’s High Court over the extradition of WikiLeaks founder Julian Assange. 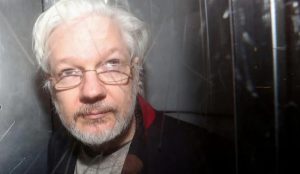 Friday’s ruling, which overturns an earlier decision, means 50-year-old Assange may now be closer to being extradited from London’s high-security Belmarsh prison to the US, where he would face spying charges over WikiLeaks’ publication of secret military documents a decade ago.

The court ruled that US assurances were enough to guarantee Assange would be treated humanely and directed a lower court judge to send the extradition request to the home secretary, Priti Patel, for review.

Patel, who oversees law enforcement in the United Kingdom, will make the final choice on whether to extradite Assange but the legal saga is far from over, with Assange’s legal team expected to contest the latest decision.

A lower court in January this year had refused the US’s request to extradite Assange, saying that Assange’s mental health was too fragile to withstand the American judicial system. 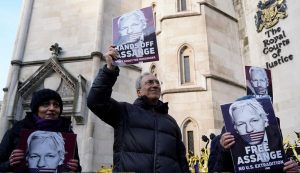 Such concerns had been raised before. In late 2019, a group of 60 doctors wrote to Patel to express their worries for his mental and physical health, and later claimed that they had failed to receive any response.

In the January case, District Judge Vanessa Barrister at the Old Bailey court in London said Assange was “a depressed and sometimes despairing man” who had the “intellect and determination” to circumvent any suicide prevention measures taken by prison authorities.

The US appealed, challenging that notion.

A lawyer working for the US, James Lewis, said Assange “has no history of serious and enduring mental illness” and does not meet the threshold of being so ill that he cannot resist harming himself.

US authorities have told British judges that if they agree to extradite Assange, he could serve any US prison sentence he receives in his native Australia. 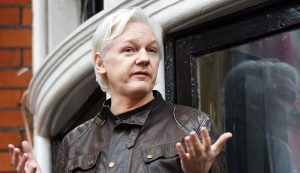 US prosecutors have indicted Assange on 17 espionage charges and one charge of computer misuse over WikiLeaks’ publication of thousands of leaked military and diplomatic documents.

The charges carry a maximum sentence of 175 years in prison, although Lewis said, “the longest sentence ever imposed for this offence is 63 months.”

A cause celebre for free speech

WikiLeaks came to prominence when it published a US military video in 2010 showing a 2007 attack by Apache helicopters in Baghdad that killed a dozen people, including two staffers of Reuters News Agency. It then released thousands of secret classified files and diplomatic cables.

The long-running case has become a cause celebre for free speech, with Assange’s supporters arguing WikiLeaks has the same rights as other media to publish secret material in the public interest.

US prosecutors and Western security officials regard Assange as a reckless and dangerous enemy of the state whose actions imperilled the lives of agents named in the leaked material. 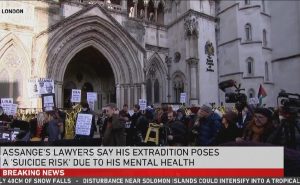 Pro-Assange supporters gathered outside the court on Friday, waving placards and demanding his immediate release from Belmarsh.

Rebecca Vincent, who heads the UK branch of Reporters Without Borders, tweeted: “This is an utterly shameful development that has alarming implications not only for Assange’s mental health, but also for journalism and press freedom around the world.”

Kristinn Hrafnsson, an Icelandic journalist with WikiLeaks, wrote on Twitter: “On UN Human Rights Day a UK court throws investigative journalism into darkness and continues the torture of #Assange. This fight will not end here.”

Investigative journalist Stefania Maurizi told Al Jazeera the only way now left to “save Julian Assange” was with public pressure.

Maurizi works for the Italian daily Il Fatto Quotidiano and has worked on all of WikiLeaks’s secret documents, included the 2010 documents for which Assange has been charged.

“This case will decide the future of journalism and the right of the public opinion to look at our governments’ darkest corners,” she said. (Int’l Monitoring Desk)