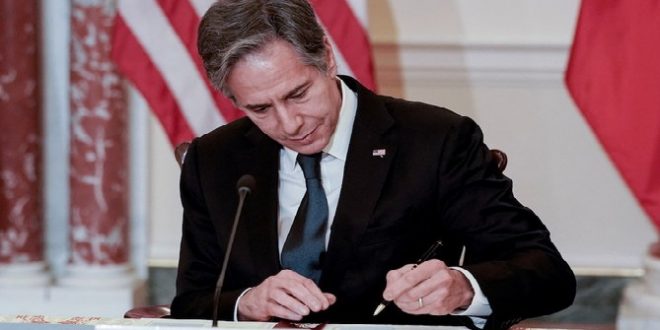 WASHINGTON: The US State Department is waiving sanctions on Iran’s civilian nuclear program in a technical step necessary to return to the 2015 nuclear agreement, a senior official said Friday. 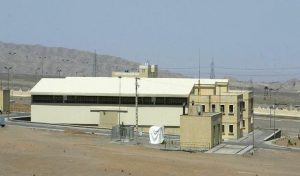 The resumption of the waiver, ended by the Donald Trump administration in 2020, “would be essential to ensuring Iran’s swift compliance” if a new deal on controlling Tehran’s nuclear program can be reached in talks in Vienna, the State Department official said.

The waiver allows other countries and companies to participate in Iran’s civilian nuclear program without triggering US sanctions on them, in the name of promoting safety and non-proliferation.

“Absent this sanctions waiver, detailed technical discussions with third parties regarding disposition of stockpiles and other activities of nonproliferation value cannot take place,” the official said, insisting on anonymity.

The step came as talks to restore the 2015 Joint Comprehensive Plan of Action, or JCPOA, which then president Trump unilaterally withdrew from in 2018, were at an advanced stage. 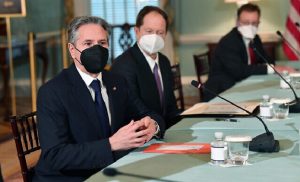 Joe Biden moved quickly to return to the agreement after he became president a year ago, but Iran in the meantime has moved increasingly closer to producing enough fissile material for a nuclear weapon.

The Vienna talks, which include Iran, the United States, Britain, China, France, Germany and Russia, are at a key stage where the parties have to make “critical political decisions,” a senior US official said last week.

“The technical discussions facilitated by the waiver are necessary in the final weeks of JCPOA talks,” the State Department official said Friday.

The US official insisted that the move was not “part of a quid pro quo,” as the partners in the JCPOA talks await Iran’s response on key issues.

State Department spokesman Ned Price insisted this US step is a sanctions waiver for the civilian nuclear program and not broader sanctions relief. 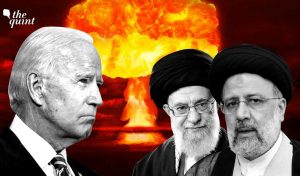 Price wrote on Twitter: “We did NOT provide sanctions relief for Iran and WILL NOT until/unless Tehran returns to its commitments under the JCPOA. We did precisely what the last Administration did: permit our international partners to address growing nuclear nonproliferation and safety risks in Iran”, but even if a final deal is not reached, the department official said, the waiver is important to holding discussions on the non-proliferation of nuclear weapons, of interest to the entire world but the senior administration official who briefed reporters on the talks last week said that time was running out, and urged Tehran to make important decisions.

“I think we’re at the point where some of the most critical political decisions have to be made by all sides,” the official said.

The official proposed direct talks between Washington and Tehran to focus on the most difficult issues separating the sides.

“If our goal is to reach an understanding quickly… the optimal way to do that, in any negotiation, is 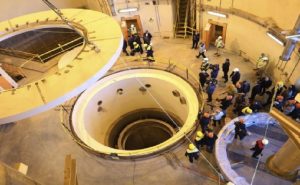 for the parties that have the most at stake to meet directly,” the official said.

In late January, Iran said for the first time it was open to the idea of direct negotiations with the United States, but since then has not said where it stands.

Experts say the JCPOA talks could resume next week, after halting a week ago.

Barbara Slavin, an Iran expert at the Atlantic Council, said the resumption of the waiver was a positive step.

“It’s a necessary prerequisite to restoring the JCPOA and thus a good sign that this can be accomplished,” she told AFP.

“These sanctions were among the dumbest and most counterproductive imposed by the former administration,” she added. (AFP)