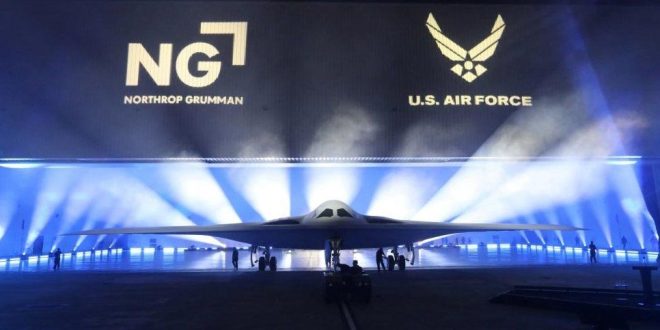 WASHINGTON: The United States has unveiled its latest high-tech strategic bomber the B-21 Raider which is capable of carrying a nuclear payload and can be flown without a crew on board.

The next-generation stealth bomber was rolled out at arm’s manufacturer Northrop Grumman’s facility in California during a flashy ceremony attended by top US officials on Friday. 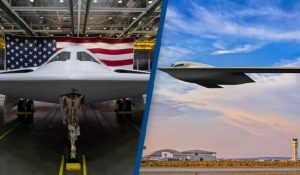 The US Air Force plans to buy at least 100 of the B-21 aircraft, which comes with a $700m price tag per plane, a Northrop Grumman spokesperson said.

The unveiling of the new bombers comes at a time of heightened geopolitical tensions between the US, Russia and China amid the war in Ukraine and the territorial integrity of Taiwan.

Russian and Chinese strategic bombers flew a joint eight-hour patrol over the western Pacific on Wednesday in a display of ongoing military cooperation between the two nations.

Moscow and Beijing are also currently developing strategic stealth bombers, China’s Xian H-20 and Russia’s nuclear-capable Tupolev PAK DA which are expected to compete with the B-21.

While the B-21 is capable of taking to the air without a pilot, the US Air Force said the aircraft is “provisioned for the possibility, but there has been no decision to fly without a crew”.

“The B-21 Raider is the first strategic bomber in more than three decades,” US Defence Secretary Lloyd Austin said in a prepared statement at Friday’s event. 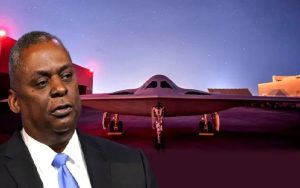 “No other long-range bomber can match its efficiency,” Austin said.

“Fifty years of advances in low-observable technology have gone into this aircraft,” he said.

“Even the most sophisticated air defence systems will struggle to detect the B-21 in the sky.”

The B-21, which carries a similar “flying wing” shape to its predecessor, will be capable of carrying conventional and nuclear weapons around the world using long-range and midair refueling capabilities.

Northrop Grumman has hailed the new planes as “the backbone of our future bomber force”.