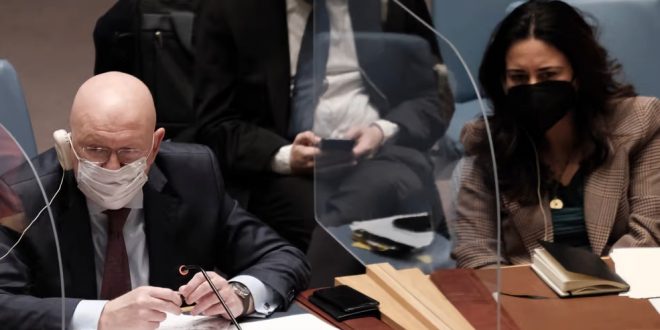 US & Russia clash over Ukraine at UN meeting

UNITED NATIONS: There have been angry clashes between Russian and US envoys at the UN Security Council, after the US called a meeting to discuss Moscow’s troop build-up on its borders with Ukraine. 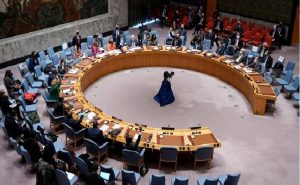 US Ambassador Linda Thomas-Greenfield said the mobilization was the biggest Europe had seen in decades.

Her Russian counterpart accused the US of fomenting hysteria and unacceptable interference in Russia’s affairs.

The US and UK have promised further sanctions if Russia invades Ukraine.

UK Foreign Secretary Liz Truss said legislation was being prepared which would target a wider range of individuals and businesses close to the Kremlin than is currently possible.

A US official said Washington’s sanctions meant individuals close to the Kremlin would be cut off from the international financial system.

Russia has placed an estimated 100,000 troops, tanks, artillery and missiles near Ukraine’s frontiers.

Diplomatic efforts continue, with US Secretary of State Antony Blinken due to hold talks with Russian Foreign Minister Sergei Lavrov later on Tuesday. 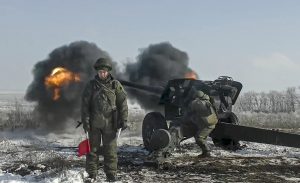 The US said it had received a written response from Russia to a US proposal aimed at de-escalating the crisis in Ukraine. But hours later Russia’s deputy foreign minister said that was not true and a source told Ria news agency it was still preparing a response.

A state department spokesperson said the US remained fully committed to dialogue and would continue to consult closely with its allies and partners, including Ukraine.

Meanwhile a number of European leaders are travelling to Ukraine on Tuesday for talks. UK Prime Minister Boris Johnson is flying to Kyiv after promising to work with Ukrainian President Volodymyr Zelensky to find a diplomatic solution to arguments with Moscow and “avoid further bloodshed”.

At Monday’s UN Security Council meeting, Russian Ambassador Vasily Nebenzya said there was no proof that Russia was planning military action against Ukraine, and that its troop build-up was not confirmed by the UN. 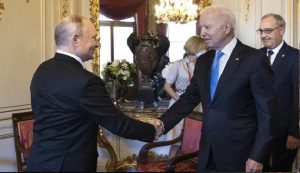 He said Russia often deployed troops on its own territory and that this was none of Washington’s business.

Russia had tried to block the open session of the UN body but was outvoted by 10 votes to two.

The Biden administration was “whipping up tensions and rhetoric, and provoking escalation”, Nebenzya said.

“This isn’t just unacceptable interference in the internal affairs of our state, it’s also an attempt to mislead the international community about the true situation in the region and the reasons for the current global tensions,” he said.

Thomas-Greenfield said the US continued to believe there was a diplomatic solution but warned that the US would act decisively if Russia invaded Ukraine, the consequences of which would be “horrific”. 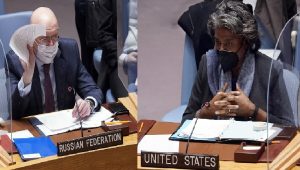 “This is the largest… mobilization of troops in Europe in decades,” she said.

“And as we speak, Russia is sending even more forces and arms to join them.”

Moscow was planning to increase its force deployed in neighboring Belarus, on Ukraine’s northern border, to 30,000, she added.

Late on Monday, the US ordered the departure of family members of American government employees from Belarus, citing the “unusual and concerning Russian military build-up”. A similar order was earlier issued to families of US government personnel in the American embassy in Ukraine’s capital Kyiv. (Int’l News Desk)