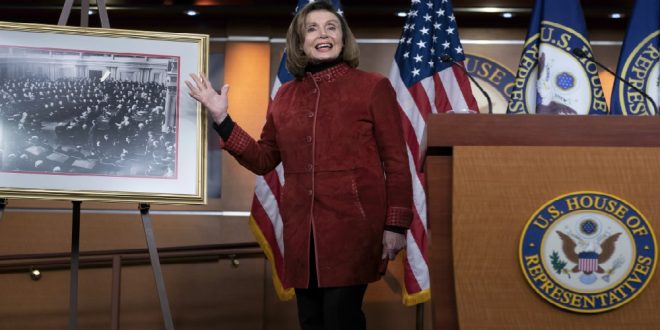 WASHINGTON: The United States House of Representatives voted on Friday to pass a $1.7 trillion spending bill to avoid a partial government shutdown, scheduled to take effect at midnight in Washington DC (05:00 GMT on Saturday). 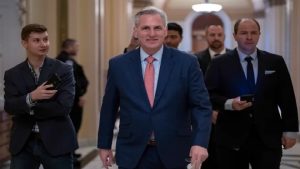 The spending bill survived a Republican-led motion to adjourn, passing 225 to 201 along party lines. One of the last major acts of the Democrat-led Congress, it now heads to the desk of Democratic President Joe Biden.

The US Senate had previously approved the measure on Thursday. The bill’s passage through both houses of Congress helps avert a shutdown that would have furloughed government workers and closed non-essential services.

“The bipartisan funding bill advances key priorities for our country and caps off a year of historic bipartisan progress for the American people,” US President Joe Biden said in a statement on Friday, adding that he would sign the bill into law “as soon as it reaches my desk”.

The package includes a 10-percent increase in military spending, bringing the US military budget to $858bn, as well as $772.5 for various domestic programmes and $45bn in additional military, economic and humanitarian assistance for Ukraine and NATO allies.

Republican members of the House hammered the 4,155-page spending bill on Friday, with Minority Leader Kevin McCarthy of California calling it a “monstrosity”. 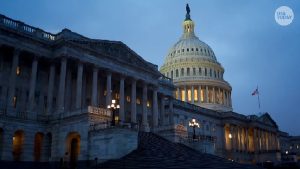 McCarthy is set to become the House speaker when Republicans take control of the chamber next year, following a 2022 midterm election that tipped the majority in their favour.

He will replace the current speaker, Nancy Pelosi, who recently announced she would step down as the leader of the Democratic Party in the House.

“It was sad to hear the minority leader say that this legislation is the most shameful thing to be seen on the House floor in this Congress,” Pelosi said on Friday, hitting back at McCarthy’s comments. “I can’t help but wonder: Had he forgotten January 6th?”

House Republicans had hoped to delay a vote on the spending bill until they took control next year. Before Friday’s vote, some in the party voiced criticism that the bill would increase the national debt and aggravate inflation.

Some Republican lawmakers also expressed frustration at the $45bn price tag for another round of assistance to Ukraine, as the country continues to battle the Russian invasion.

While US support for Ukraine enjoys strong bipartisan support, McCarthy said that the Republican majority would not issue a “blank cheque” for Ukraine in the future. 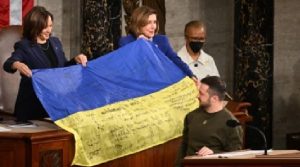 Another California Republican, Mike Garcia, denounced his fellow House members for failing to be physically present at the day’s vote, as they had been for a visit from Ukrainian President Volodymyr Zelenskyy earlier in the week.

“The fact that we, this week, had more members of Congress show up to listen to a speech by a president of a foreign nation than to vote on the annual operating budget for our entire nation is cold. We have to do better,” he said.

During his trip to the US, Zelenskyy said he was confident that US support would continue.

Attracting less scrutiny was a 10-percent boost to the country’s military spending, bringing the military budget to a record-breaking $858bn compared with $740bn last year. Spending on domestic programmes also saw a boost of about 6 percent.

Another $40bn was set aside for disaster relief programmes for communities across the country struggling to recover from drought, flooding, wildfire and other events. 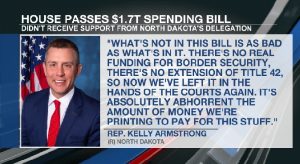 The spending bill is expected to be the last sizable piece of legislation passed before the new Congress convenes in January. While the Republican Party is set to control the House, Democrats will maintain a slim majority in the Senate.

The split Congress is expected to end hopes that the Biden administration will be able to make progress on the more ambitious aspects of the Democratic Party’s agenda, such as immigration reform and gun control.

During the last two years, the Democratic majority in both chambers of Congress has been riven with divisions, as conservative-leaning members’ halted initiatives on issues like voting rights and climate change.

However, the party has successfully passed large bills making investments in infrastructure, the US technology sector and combatting climate change. (Int’l News Desk)