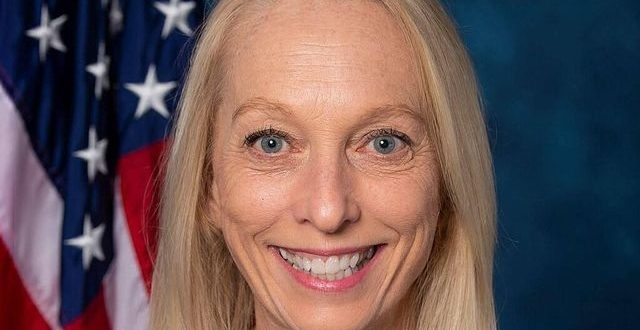 US congresswoman carjacked at gunpoint in Philadelphia

PHILADELPHIA: A US congresswoman has had her car and possessions snatched from her at gunpoint in a daylight carjacking in the city of Philadelphia. 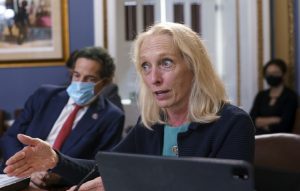 Mary Gay Scanlon’s government phone and ID were among belongings that the two robbers took. The Democrat was not injured, her office said.

The FBI is assisting in the hunt for the attackers.

Like many US cities, Philadelphia has seen an uptick in violent crime over the past year.

In a statement, the city’s Mayor Jim Kenney, a Democrat, called the robbery, which occurred at 14:45 local time (19:45 GMT) on Wednesday, “appalling”.

“It’s disheartening, and quite frankly infuriating, that criminals feel emboldened to commit such a reckless crime in the middle of the day in what should be a place of tranquility and peace – one of Philadelphia’s beautiful parks,” said Kenney.

The two male attackers struck after Scanlon toured FDR Park in south Philadelphia, part of her congressional district, and was walking alone back to her 2017 Acura MDX.

She had been there for a work meeting, her office said. 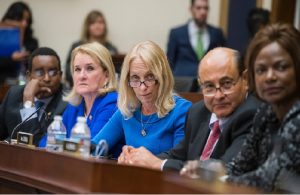 A dark-colored SUV approached, and two armed males inside demanded her keys. The pair made off with her car and possessions, and were last seen heading south on the I-95 interstate highway.

Philadelphia has seen a significant rise in car theft this year, according to the Philadelphia Inquirer.

The figures amount to an 80% increase in carjackings in 2021. 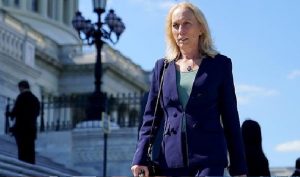 Philadelphia has also seen a record 544 homicides this year, up from 347 in all of 2019, according to the Wall Street Journal.

The newspaper’s editorial board on Wednesday blasted the city’s progressive district attorney for touting his record of decreasing the county jail population by 40% during his first three years in office.

Scanlon, who joined Congress in 2018, was among 125 Democrats who introduced a bill that would have funded mental health services, rather than law enforcement, in the aftermath of the murder of George Floyd.

The incident in Philadelphia comes just 24 hours after another Democratic lawmaker was carjacked at gunpoint in the Broadview suburb of Chicago.

Illinois State Senator Kimberly Lightford and her husband had their Mercedes SUV taken at gunpoint on Tuesday night, police say.

Police say that shots were fired by the attackers, but that Mrs Lightford, the second highest-ranked Democrat in the state senate, was unharmed. (Int’l Monitoring Desk)